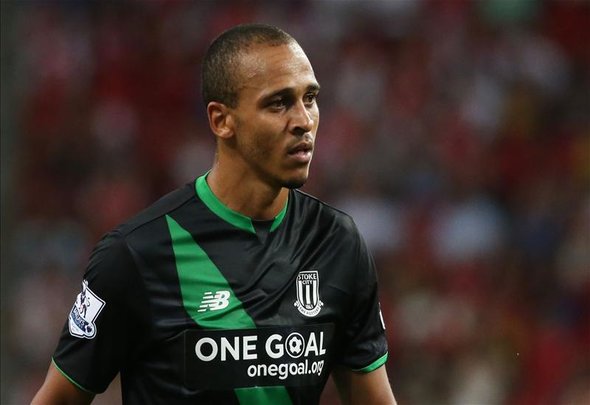 Peter Odemwingie will train with the West Ham team on Monday, according to a report.

The 35-year-old forward is a free agent after his contract at Stoke came to an end this summer and he is now be hoping to secure a permanent deal at the Hammers.

The Sun on Sunday newspaper report that Slaven Bilic will monitor the Nigerian attacker during training as he weighs up whether to hand a contract to the striker. West Ham are in the market for new forwards even though they signed Ashley Fletcher from Manchester United earlier this summer.

The Sunday Mirror claimed that West Ham were in talks with Andre Ayew on Saturday night about a four-year contract after a £20million deal was agreed with Swansea.

The capture of the Ghana international would be regarded as a landmark deal for West Ham as it would smash their transfer record, which stands as the £15.5million signing of Andy Carroll from Liverpool in 2013.

The Swansea hitman scored 12 goals in his debut season in the Premier League and has attracted the attentions of the Hammers during their extensive search for a top class striker.

With the busy schedule that awaits West Ham with European commitments the addition of Odemwingie could prove to be a shrewd piece of business.

Despite the player now being at the back-end of his career he would certainly provide some real experience to Bilic’s side.

Odemwingie has previously had spells at in English football with Stoke, West Brom, Cardiff and Bristol City.

His most prolific spell came during his stay at the Hawthorns, where he grabbed 31 goals and 17 assists during 90 games for the West-Midlands club.

With Diafra Sakho and Enner Valencia’s futures at the club shrouded in doubt, Andy Carroll is the only senior striker certain to be at the club after the window closes.

The fact that Odemwingie is a free agent may tempt West Ham to give the veteran another chance at the top level.

In other West Ham transfer news, they are close to signing a French 22-year-old defender.