The West Ham recruitment team are still hurting over losing out to Rangers over the capture of Calvin Bassey, Football Insider has learned.

This site exclusively revealed on 6 June that the left-back, 20, had decided to quit Leicester City after rejecting a new contract and was headed to Ibrox on a free transfer.

Bassey became Rangers’ first and lowest profile summer signing but it is starting to look like an incredible bargain. 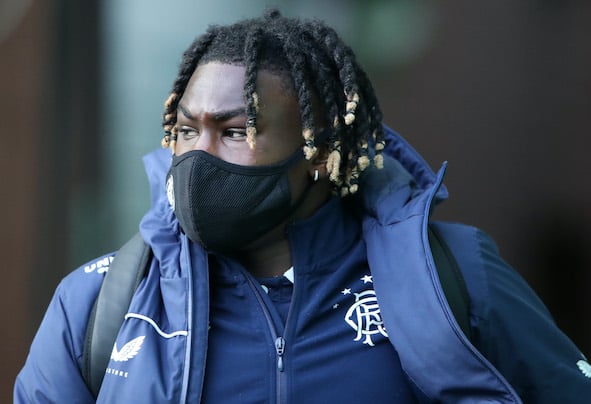 The youngster scored his first goal for the club in Sunday’s 4-0 Scottish League Cup win over Falkirk after switching across to centre-back to partner ever-present Connor Goldson.

Normally a left-back, Bassey is starting to make a big name for himself in Scotland after taking to senior football with great assurance.

A recruitment source has told Football Insider how Rangers took advantage of cross-border rules to sign a player effectively worth £3million for just £300,000.

This came after West Ham had a bid for the youngster rejected earlier in the year as he ran down his Leicester deal.

The Londoners are now said to be “gutted” at losing out to Rangers for a player keen for an immediate taste of first-team football.

Happy to get my first goal for this amazing club and great win #GodisGood @RangersFC pic.twitter.com/TjeSPEZhlz

The player is getting that at Ibrox and already has nine appearances to his name and 445 minutes of playing action.

Wizened heads have been hugely impressed by the defender and former Rangers full-back Alan Hutton claims he can be better than Croatia international, the £8m-valued Borna Barisic.

He told Football Insider: “Nothing seems to faze this young boy.

“The only thing at the moment is, obviously, Gerrard sees him (Barisic) as the number one left-back and what he gives is dead-ball deliver or delivery from wide areas. I think Bassey has got the potential to be better.

“He’s definitely got all the attributes, in my opinion, and he’s still learning.

“I think that people round about him, the likes of Barisic, will be helping him get better because you can always improve, possibly in the final third, and I’m sure that’ll come with time and games.”