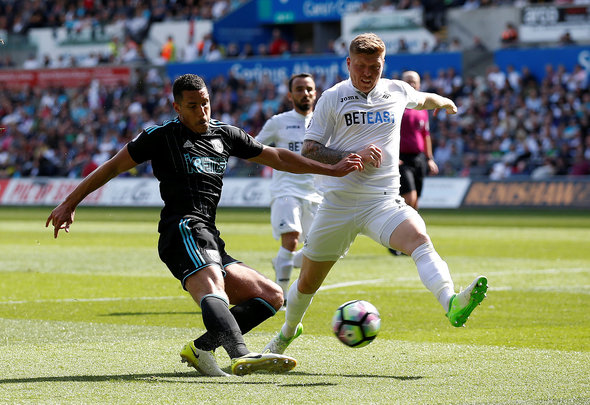 West Ham are expected to make a bid in the region of £20million for Swansea City centre back Alfie Mawson in the January transfer window, according to a report.

The Guardian claim on their website that the Hammers have identified the 23-year-old defender as one of their top targets for the upcoming winter window, as David Moyes looks to strengthen his side during the first transfer market of his time at the club.

It is said that the £20million bid will come in significantly under what the Swans value their star at the heart of the defence at, as they continue talks to try and tie him down to a new deal, his current contract expiring in the summer of 2019.

The defensive powerhouse is a proven Premier League performer, with 45 top flight appearances and five goals to his name, and has played every minute of his club’s 18 league fixtures this season, netting once.

There is no doubt that Mawson will be one of the hottest pieces of property during the upcoming winter window, with Swansea struggling and his talent there for all to see. A no nonsense centre back, he would offer steel and grit to any back line he joined up with, and with a relegation battle looming for several sides this season, it could be that defensive nous could make all the difference. Plus, at just 23-years-old, he has his whole career ahead of him, meaning anyone who invests is not just spending on an immediate fix, but a talent for the future. Is West Ham where he will end up? Only time will tell.

In other West Ham news, Paul Merson has predicted the club’s clash with Newcastle United this weekend.