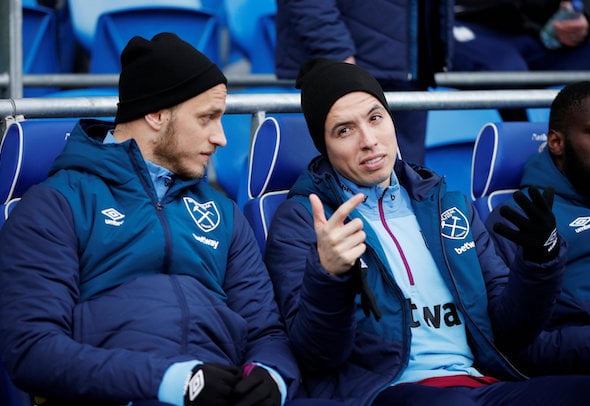 Samir Nasri has rejected a pay-as-you-play offer from West Ham as he prepares to quit the club in the coming weeks, Football Insider understands.

The attacking midfielder has been holding out for a two-year extension on the current £75,000-a-week deal he was given last December when his 18-month doping ban ended.

But a West Ham source has told Football Insider the club have scrapped plans to hand Nasri a contract on those terms due to his injury history and poor availability in the final two months of the recently-ended campaign.

The east London club have discussed a pay-as-you-play deal that would mean Nasri taking a significant salary cut but the player is not interested.

The former Arsenal and Manchester City playmaker is convinced there is enough interest in his services from clubs on the Continent to get a better deal elsewhere.

West Ham signed Nasri last December after he had completed a drugs suspension and following an extended trial at the club.

The 31-year-old had impressed Manuel Pellegrini with his attitude in training and fans also took to his classy performances in the six appearances, just three of which he started, that he made.

But the Frenchman did not feature for West Ham following their 4-3 win against Huddersfield on 16 March due to injury and it now appears he has played his last game for the club.