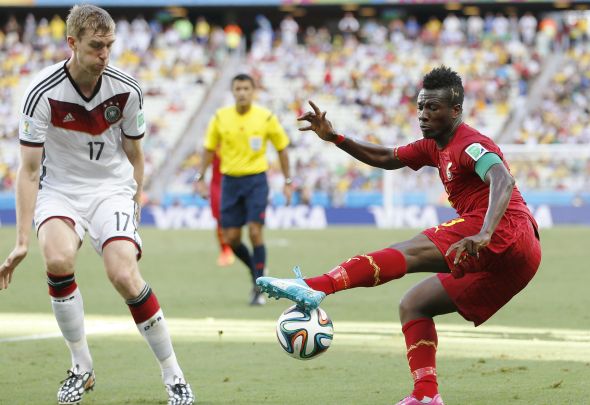 Former Sunderland striker Asamoah Gyan is having a medical at Reading, according to a report.

Sky Sports’ transfer centre blog (11.22) on Monday claims that the 30-year-old Shanghai SIPG forward is close to finalising a season-long loan deal with the Championship club.

This report follows claims from Goal that West Ham were leading the chase for the Ghanain striker earlier this month.

However, the Hammers have since brought in Italy international striker Simone Zaza on loan from Juventus until the end of the season.

The east London club were desperate for a forward after they suffered injuries to attacking duo Andy Carroll and Andre Ayew leaving Slaven Bilic with Enner Valencia and Ashley Fletcher as his only two options upfront with Diafra Sakho also in the treatment room.

Gyan would bring a wealth of goalscoring experience to any team he joined after spells in England, China, Italy, Qatar and France.

Signing for a club-record £13million, Gyan scored 11 goals for Sunderland in all competitions during his first season, before opting to move to Qatar for a much more lucrative contract.

Gyan, who is just five caps away from making 100 national team appearances, has struggled with injuries recently and has fallen down the pecking order with Shanghai after the signing of Brazilian Hulk.

In other West Ham transfer news, Hammers owner David Gold has reassured fans that Dimitri Payet is staying at the club.