The Premier League club are ready to be one of the most active teams in next month’s transfer window following an opening half of the campaign that has failed to live up to expectations.

A West Ham source has told Football Insider that the club have identified four key positions to strengthen in the coming weeks – goalkeeper, right-back, central midfield and centre-forward.

However, their plans depend upon shifting back-up players for those positions.

The source explained that some “stars” could be offloaded in the upcoming window as West Ham chiefs look to get high earners off the wage bill.

One obvious player who may go is Roberto Jimenez, the goalkeeper who has plummeted to third in the pecking order following a dreadful seven-match league run that has left his reputation in tatters.

West Ham are aware that it will not be easy to sell the 33-year-old next month, especially as he will not be willing to take a pay cut on his £30,000-a-week contract that runs until the summer of 2021. 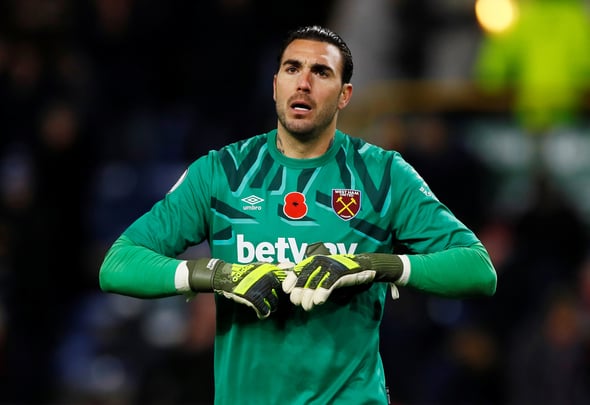 The Londoners want to replace him with a British goalkeeper who is proven in the Premier League.

Manuel Pellegrini is involved in the club’s January plans and the target list compiled by the club.

But, as revealed by Football Insider on Sunday, his job is still in doubt and the Hammers board are planning to review his position on a match-by-match basis.

In other West Ham news, it can be REVEALED that Daniel Levy is set to block Hammers pursuit of Tottenham big name.