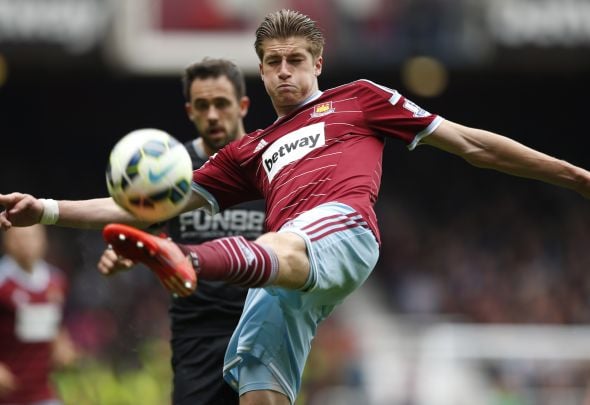 Championship club Rotherham have made an approach to sign West Ham youngster Reece Burke on loan, according to a report.

The 19-year-old penned a new four-year deal with the Hammers earlier this week, after impressing in West Ham’s Europa League qualifier against Astra Giurgiu.

The Sheffield Star claim that the centre-back has been the subject of an enquiry from Alan Stubbs’ side as he looks to make his 12th signing of the summer.

Speaking to the Hammers’ official website, Burke has his heart set on a move away from the London Stadium to secure first-team football in the Championship.

“This season, another loan move may happen for me,” Burke told West Ham’s official website. “I think I’m going to try and do Championship – the next step. I’ll hopefully get another load of games under my belt.”

Burke, won Bradford City’s Player of the Year last term, after the England under-20 international made 36 appearances in all competitions during a loan spell at Valley Parade.

The Newham-born academy graduate has made 11 appearances for the Hammers and was named the ‘Young Hammer of the year’ for the 2014-15 season.

In other West Ham transfer news, the Hammers are in talks to complete a £5.1m deal for this Spanish midfielder.