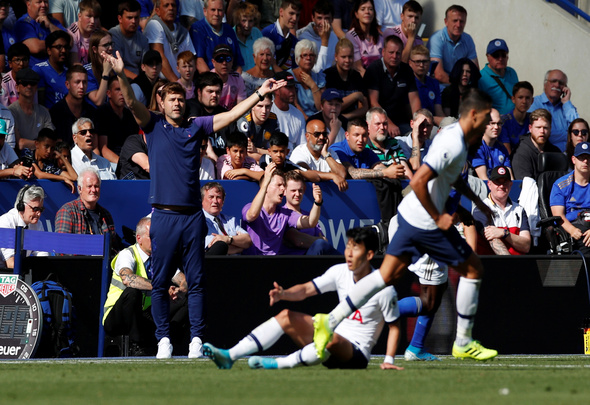 Danny Mills insists that Tottenham manager Mauricio Pochettino knew what he was getting into after seeing attacking midfielder Giovani Lo Celso called up to the Argentinian national side.

Speaking exclusively to Football Insider assistant editor Russell Edge, the former Spurs and England defender admits he understands why the Spurs boss might be frustrated to see the 23-year-old heading to play with his country after his recent injury layoff but that it is something he just has to deal with.

Pochettino admitted he was “not happy” with seeing the Real Betis loanee called back up to the Argentina squad after his recent recovery from a hip injury picked up on international duty last time out.

Mills says that Pochettino knew what signing an Argentinian star could mean when it came to the international breaks and says he has little sympathy with the Spurs boss.

Mills told Football Insider: “As a manager, of course you get frustrated but what do you expect? You’ve bought an Argentinian. You know that they’re going to have to fly, you know that the South Americans, they play in every international going.

“On the flip side, you know when you sign an international player, you know exactly what’s going to happen.”

Lo Celso has only played five times for Spurs since swapping Spain for the English capital, not one of those appearances coming among the starting XI for Pochettino.

He has 19 caps under his belt for Argentina, netting two goals and contributing four assists during in international exploits.

In other Tottenham news, Darren Bent admits he has been left gobsmacked by a “shocking” sight from one Spurs ace.