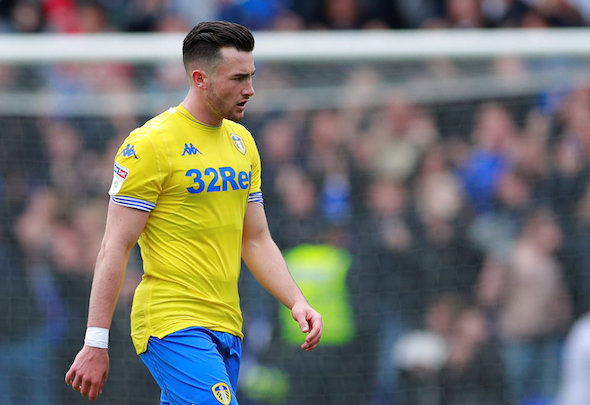 Noel Whelan has claimed Jack Harrison was only a Leeds United regular this season due to a contract clause in his loan move from Manchester City.

Speaking exclusively to Football Insider, the ex-United striker suggested that City would not have loaned out the winger, 22, to the Yorkshire giants for the campaign without an agreement about his playing time.

Harrison made 34 league starts among 42 Championship appearances this season despite a relatively mediocre return of four goals and four assists.

Many Leeds fans questioned why the loanee was such a regular starter in Marcelo Bielsa’s side.

“We have seen the best of Jack Harrison, but we’ve also seen the worst of him,” said Whelan, who covers all of United matches as a pundit. “We have seen him flit in and out of games. He has talent, but he doesn’t use that talent consistently.

“He probably realises he can do better and is a better player. He certainly can’t complain about the lack of opportunities at Leeds.

“There was probably something in the loan contract stipulating that he needed to play a certain number of games. Otherwise, Man City wouldn’t have loaned him out. That may seem strange but was probably part of the deal.”

Harrison joined City from their sister club New York City in January of last year before he was immediately loaned out to Middlesbrough for the second half of last season.

He could return to Leeds for a second campaign after Marcelo Bielsa made a stunning £15million promise to the club during talks about his own future.