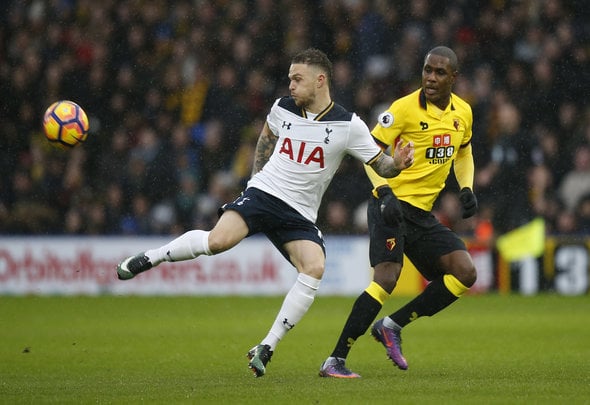 Tottenham defender Kieran Trippier should seek a move away from White Hart Lane in the summer to experience regular first-team football.

The 26-year-old is currently stuck behind England international Kyle Walker in the pecking order at Spurs and has little chance of overtaking him in the battle for the permanent right-back position.

However, Trippier has shown his qualities this season when given the chance and is surely too good to be a back-up option.

The full-back could certainly do a job for a number of Premier League clubs and there would be a long queue for his signature if he was made available.

He moved to the north London club in 2015 from Burnley and has been a consistent performer.

Trippier has managed just 11 appearances this season across all competitions, but has slotted seamlessly into the starting XI.

The defender played 90 minutes on Sunday in the 3-0 win over Fulham in the FA Cup fifth-round and was one of the standout performers.

He was heavily involved on the right hand side for Spurs and was a great outlet for the team.

Walker has cemented his position as the first-choice right-back under Mauricio Pochettino and is regarded as one of the best in the division.

Trippier is now entering the peak of his career as a 26-year-old and should not be content with playing a bit-part role anymore.

He has continued to develop into a strong defender following his spell at Burnley and should now kick on elsewhere.

In other Tottenham transfer news, the club are keeping close tabs on a young centre-back.