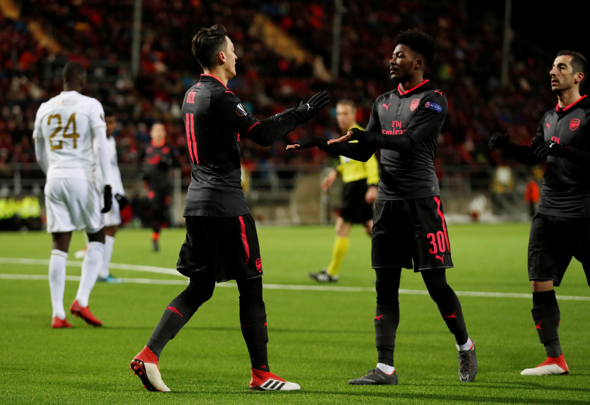 Ainsley Maitland-Niles played the full 90 minutes against Ostersunds in the Europa League on Thursday night and Arsenal fans had mixed views on the young midfielder.
Arsenal themselves cruised through the game, winning 3-0 and making their progression in the competition almost an inevitability.
Maitland-Niles didn’t get on the scoresheet but some fans praised him for his calm and composed personality on the pitch, and his athleticism.
However, others thought that he gave the ball away too much in the middle and that he’s simply not ready to play in the Arsenal midfield.
Here is a selection of the best reactions from Arsenal fans:

Liked what I've seen of @Ains_7 tonight. Composed on the ball and not afraid to drive forward with it. 👏👏👏👏👏

Maitland Niles is the calmest guy. I imagine that compared to being shouted at by his mum, basically nothing is stressful.

So weird to watch such an athletic player in midfield for Arsenal. Hope wenger bins Xhaka for good and picks Maitland Niles regularly bow

Haven’t been impressed with Maitland Niles, Playing far too casual in CM & keeps giving the ball away.

It’s shocking how sloppy we’ve been!! Maitland Niles isn’t taking his chance in midfield either, he’s been really weak on the ball and physically

Winning the Europa League might be the best shot that Arsenal have of qualifying for the Champions League and depending on the draw Maitland-Niles’ chances might dry up.
The second leg plays out at the Emirates next Thursday with an 8.05pm kick-off.
In other Arsenal news, Wenger set for transfer u-turn over club-captain after Arsenal offer tabled – report
Don’t miss out on breaking and exclusive Tottenham news by clicking here for our brilliant 24/7 updates on Facebook, Instagram and YouTube. 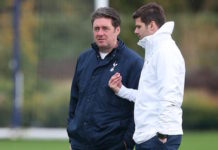