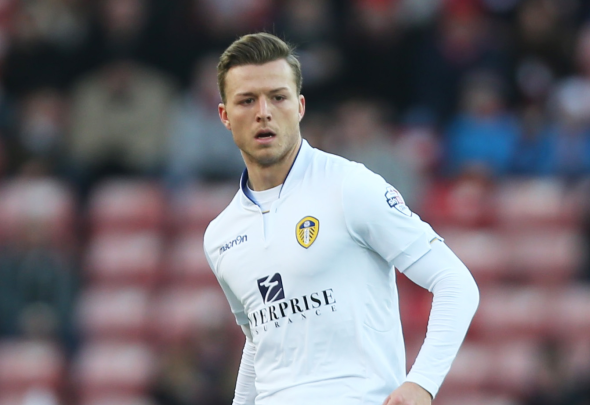 Leeds attacking midfielder Casper Sloth is close to agreeing a return to Denmark following a breakthrough in talks, according to a report.

Football Insider reported on Saturday that Aalborg wanted Leeds to release Sloth on a free transfer even though he has a year remaining on his contract.

Danish publication Bold.dk claim that Leeds have held firm in talks and that the Danish club are now set to pay a fee for the 24-year-old.

The Yorkshire giants were keen to avoid terminating Sloth’s contract and paying him a compensation fee.

Sloth was one of 15 signings made by Massimo Cellino during the Italian’s first transfer market as Leeds chairman, but he failed to make a single appearance in 2015-16.

It’s been a tough time for Sloth at Elland Road, despite a promising start. He was used largely by Cellino’s first manager Dave Hockaday, as well as Darko Milanic, impressing the Leeds faithful with his vision and eye for goal.

However, Sloth has failed to make an appearance in a Leeds shirt since February 2015, despite scoring regularly for the Under-21s side.

Leeds manager Garry Monk is looking to rebuild his squad and has been very active in the last couple of days, announcing the signings of Kyle Bartley and Marcus Antonsson as well as selling Giuseppe Bellusci and bringing in James Beattie as first-team coach.

Sloth started out at his hometown club, AGF Aarhus, where he made over 100 appearances and became a real fan-favourite.

Despite eventually getting relegated, Sloth was one of Aarhus’ star-players, and as well as earning eight caps for his country, Leeds were willing to pay £600k to bring him to England.

In other Leeds transfer news, Monk is ready to rival Champions Leicester for this Atletico Madrid striker.