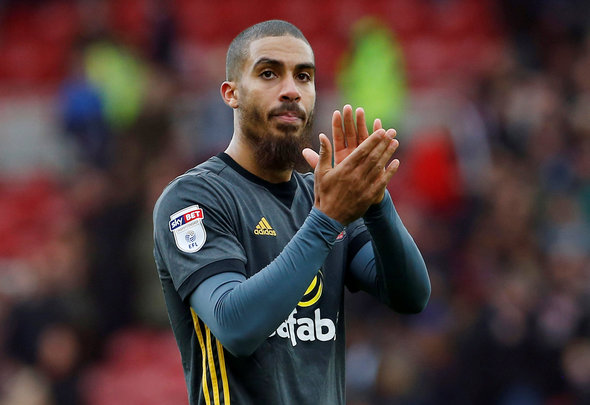 Aston Villa are in the midst of an striking injury crisis but it appears as though they could be offered the chance to sign a prime replacement in the form of Lewis Grabban.

The Bournemouth forward, currently on a year-long loan to Sunderland, has been linked by the Sun journalist Alan Nixon, on his personal Twitter account, to the Villans in January, with Bournemouth said to be keen on offloading him in the winter window.

Now the Cherries’ boss Eddie Howe has had his say on the 29-year-old’s potential exit, and it seems to be good news for Villa boss Steve Bruce as he hunts for another option up front.

Howe hinted that Grabban could be set for a permanent exit in January, being quoted by the Daily Star as saying: “We will make the right decision for the next step in his career.

“It will be something we will sit down and talk about. That is something for a later date when we will have a chat with Grabbs.”

The former Millwall man has been in red hot form this season, netting 11 goals in 17 Championship appearances for Sunderland during his loan spell, and he is exactly what Bruce is looking for to fire the club back to the Premier League after two seasons of sitting in the second tier.

The former Hull City boss is missing Jonathan Kodija and Scott Hogan through injury, while Gabby Agbonlahor has just stepped his return from his layoff, leaving teenager Keinan Davis as his sole option up top.

Grabban is a proven Championship talent with 123 appearances and 49 goals under his belt and with all the competition for a top six spot, his goals and experience would be the difference in Villa going from outsiders to firm favourites to secure promotion.

In other Aston Villa transfer news, the club are eyeing up another striker from a Premier League side.