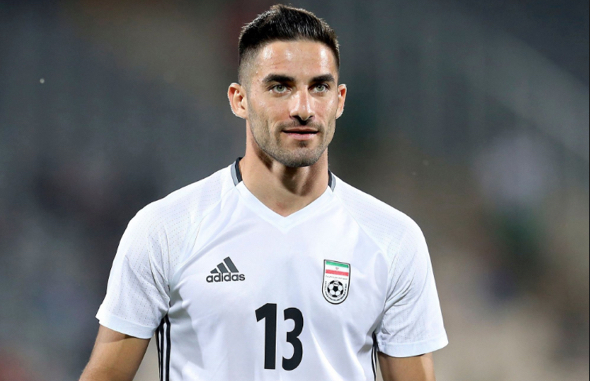 Celtic have set their sights on Iran international Milad Mohammadi as they narrow down their list of targets to replace Kieran Tierney, Football Insider understands.

The Hoops have had a long-time interest in Mohammadi, whose contract at Russian club Akhmat Grozy expires at the end of this month.

A Celtic source has told Football Insider that the club believe the 25-year-old could fill the left-back slot next season as they face the prospect of star man Tierney following Emilio Izaguirre out of the exit door.

Celtic have rejected an opening £15million cash-plus-player bid from Arsenal, but the Premier League club are set to return to the negotiating table in the coming days with an offer the Scottish club “can’t refuse”.

His availability on a free transfer has attracted interest from Belgium as well as clubs south of the border in England, with Championship duo Fulham and Bristol City among those interested.

The source explained that Mohammadi is keen on a move to the UK and joining Celtic.

He also has the advantage of being able to double up as a left-sided midfielder, something that manager Neil Lennon believes is attractive, and has a sound track record of creating goals from the flank.