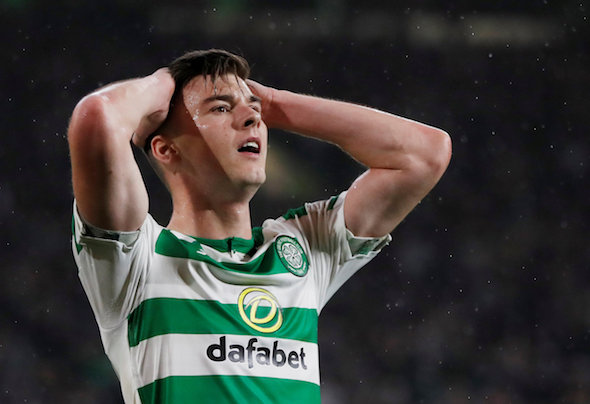 Arsenal are ready to make Celtic an offer for Kieran Tierney that they “can’t refuse”, Football Insider has learned.

As reported by Football Insider, the Glasgow giants have rejected the Gunners’ opening bid for the left-back, which includes £15million as well as the choice of one of six fringe players.

But Arsenal are set to return to the negotiating table with a new and improved offer for Tierney, 22, that would be a club-record fee for Celtic, who are holding out for more than £20million for their prize aset.

A Gunners source has told Football Insider that the club are increasingly hopeful of landing Tierney after being given encouragement he is eager to make a move to a Premier League big hitter.

The first bid was slammed by ex-Celtic and Arsenal striker John Hartson as “an embarrassment” for such an outstanding player in the current market, but the source said the new offer is likely to be in the region the Scottish club “can’t refuse”.

The Scottish treble winners want to smash their club-record sale, which was the £19million received from Lyon for Moussa Dembele last summer, as well as comfortably exceed the £10million-plus fees received for the likes of Victor Wanyama, Virgil van Dijk and Fraser Forster.

Arsenal have set their sights on Tierney as they regard him as one of Europe’s outstanding young left-backs who can thrive in a flat back four or in a more advanced wing-back role.

There is a concern that the Hoops academy product is seriously interested in a glamour move south of the border as he looks to match the stunning rise of fellow Scotland international and left-back Andy Robertson.

Tierney, who has four years remaining on the six-year contract in 2017, has already won five league titles among 11 major trophies at Celtic.