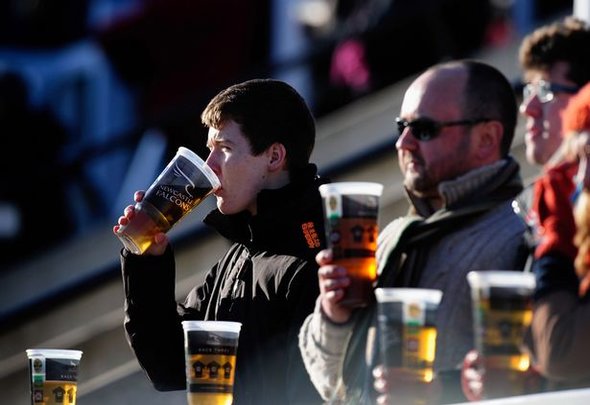 Leeds fans have been told they will not be able to buy alcohol in the club’s first game of the season.

The Lillywhites face Queens Park Rangers in their Championship opener on Sunday at Loftus Road but away fans will be prevented from purchasing alcoholic drinks inside the away end.

The new will frustrate travelling fans who often enjoy refreshments before the game and at half-time.

.@QPRFC have advised that no alcohol will be on sale in the away end at Loftus Road for this Sunday’s fixture. #lufc

The West Yorkshire outfit are renowned for having some of the most vocal supporters in the Championship and fans would have been hoping to have a drink at the match.

Leeds have also completed the signing of Billy Whitehouse who has become Gary Monk’s eighth summer signing as he aims to guide the club back to the top flight of English football, after relegation 12 years ago.

In other Leeds team news, the Whites have made an approach for Nottingham Forest centre-back Jack Hobbs.