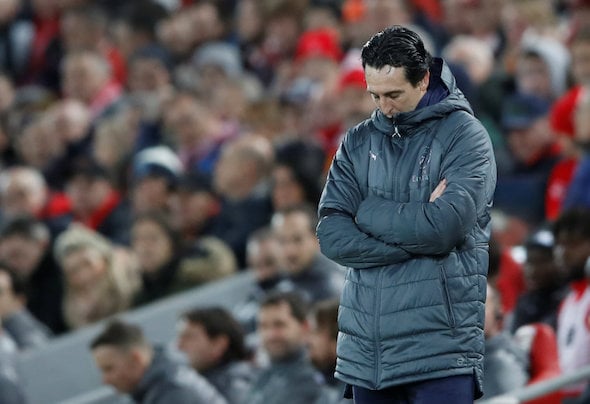 Danny Mills is unconvinced by Arsenal’s pursuit of Ryan Fraser and questioned whether he would even make their starting line-up.

Speaking exclusively to Football Insider, the ex-England defender claimed the Bournemouth winger is “not a ‘wow’ signing” although he would be  a “decent” addition to Unai Emery’s squad.

Football Insider revealed earlier today that Fraser has set his heart on a move to the Gunners, who are ready to bid more than £20million to prise him from Bournemouth. Fraser is in demand after a stellar season in which he scored seven goals from 38 Premier League games as well as supplied 14 assists, a number bettered only by Eden Hazard.

“He has done well but I do find it a surprise that Arsenal want him,” Mills told Football Insider. “It’s not like, ‘wow, look at this player, this guy is going to be ripping it up left, right and centre.

“I certainly haven’t seen that kind of quality from him. He’s been linked with a lot of clubs, but is that his agents whipping it up into a frenzy?

“Yes, he is a good player but I don’t think he’s top of too many big clubs’ shortlists. He’s a decent wide player, but wouldn’t say he would go straight into the Arsenal team. He’s a steady signing but he’s not a ‘wow’ signing.” Fraser, who is currently on international duty with Scotland, has openly admitted he doesn’t know where he will be playing his football next season.

The 25-year-old is about to enter the final 12 months of his Cherries contract and talks over an extension have stalled.