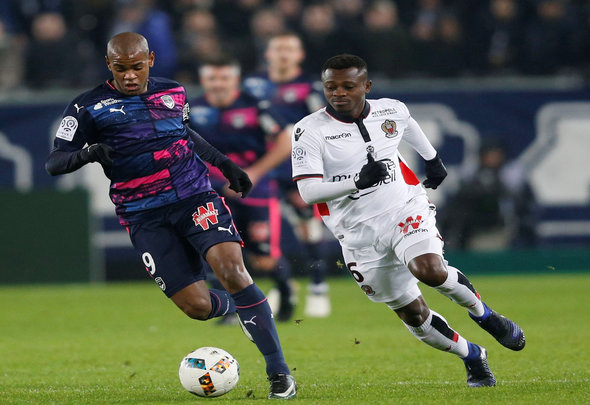 Newcastle are hoping to secure a move for Uruguay international striker Diego Rolan after he turned down a move to Championship side Fulham, according to a report.

The Northern Echo claim that the 24-year-old looked set to make a £5million move from Bordeaux to the London-based Cottagers this summer, having visited the club’s training ground on two occasions to discuss the potential transfer.

However the move is said to have broken down with the player looking to secure a transfer to the top flight, and is aware of Newcastle’s interest in him this summer.

Now it is reported that a move to Tyneside could come around quickly, with the Magpies’ boss Rafael Benitez said to be looking to advance with the transfer over the coming days.

The 25-times Uruguay international striker has 38 goals in 149 appearances for Bordeaux, while last season saw him hit home 10 goals in 33 outings across all competitions.

While his goal scoring record does not stand out as particularly impressive, Newcastle are lacking in options up front, and perhaps Benitez sees something in Rolan that the squad is currently missing. In today’s market, £5million is a bargain, even for a squad player, and at 24-year-old, he has his best years ahead of him. The player himself believes that he is good enough for the Premier League, and Newcastle will be happy to see that a player is showing actual desire to play for the club. Whether he is good enough or not is another matter, and the Magpies should not be relying on him to be the man to fire them to Premier League safety. Newcastle’s last arrival from Bordeaux was Yoan Gouffran, who endured a hit-and-miss career on Tyneside, so fans will be hoping to see a little more than they did from their former man.

In other Newcastle transfer news, the manager of a League One side club has confirmed interest in this Magpies striker.