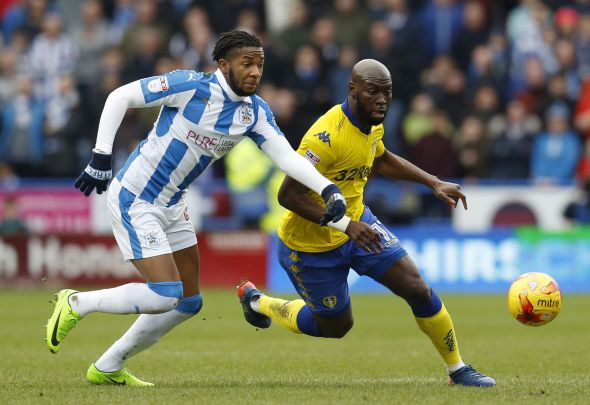 Leeds have reportedly mutually terminated the contract of forward Souleymane Doukara on Wednesday – and fans of the Yorkshire giants on Twitter have offered a mixed reaction.

Yorkshire Evening Post chief football writer Phil Hay revealed via his personal Twitter account on Wednesday afternoon that Doukara’s contract had been terminated by mutual consent after manager Thomas Christiansen confirmed that the 25-year-old was close to leaving Elland Road, stating “we reached an agreement” when asked about the future of the Senegalese forward.

Doukara's deal was up next summer. Fair to say the club haven't been best impressed with his attitude in the past couple of weeks. #lufc

The mutual termination brings the end of a three-year career at Leeds for Doukara, which has seen him play 93 times in total for the club, returning 18 goals and nine assists.

The Senegalese forward was also known for his unorthodox playing style at Elland Road and many felt that what he lacked in ability he made up for in work rate.

However, that has not stopped some Leeds fans on social media from welcoming his departure, while some fans felt the decision to allow him to leave freely despite still having a year on his contract was a poor move.

Strange one, no opportunity to sell him and make a few bob?

Why have we done that and not sold him?

Always made me cringe when people called him 'duke' apart from his wonder goal, he was garbage. Club clearing out the dead wood is great.

In other Leeds transfer news, the Yorkshire club have taken duo on trial from a Premier League giant.