The door has opened for West Ham to reignite their interest in Olivier Giroud as they step up plans to solve their striker problem, Football Insider has learned.

Manager David Moyes admitted at the weekend the Hammers are short of firepower and alternatives to record signing Sebastien Haller.

A West Ham source has told Football Insider the club have a long-time interest in Giroud and he is on their striker shortlist for this month. 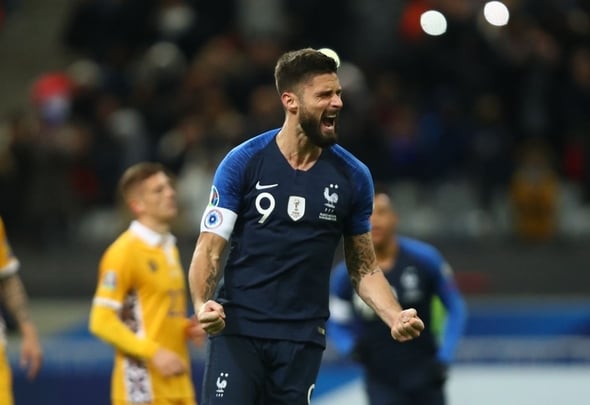 Chelsea are ready to loan the France international out for the rest of the season as he seeks the regular football that can help him clinch a place in his country’s Euro 2020 squad.

West Ham view Giroud as a like-for-like replacement for Andy Carroll, who was released last summer before joining Newcastle United.

Inter have been in talks to sign the giant forward this window but their move has stalled and this has paved the way for rival clubs to swoop.

Intriguingly, the Italian giants are ready to turn their attention to prising the prolific Alfredo Morelos from Rangers before the end of this month.

Football Insider first revealed West Ham’s interest in Giroud back in November and they are continuing to keep tabs on him.

The 33-year-old has grown frustrated with his fringe role at Stamford Bridge, starting just three matches in all competitions this season.

West Ham want to bring in a centre-forward with a proven track record and who would not require a lengthy bedding-in period.

Giroud fits the bill after scoring 124 goals from 323 matches for Arsenal and Chelsea, with 78 of those strikes coming in the Premier League.