Noel Whelan has claimed that Benfica star Branimir Kalaica could join Celtic and be the ideal replacement for Kristoffer Ajer this summer.

The former Aberdeen and Leeds United forward, speaking exclusively to Football Insider correspondent Dylan Childs, suggested that Kalaica, 22, fits the bill for Neil Lennon given his stature, talent and age.

Football Insider revealed last week that the Hoops have set their sights on the Benfica defender along with Watford and Leeds. 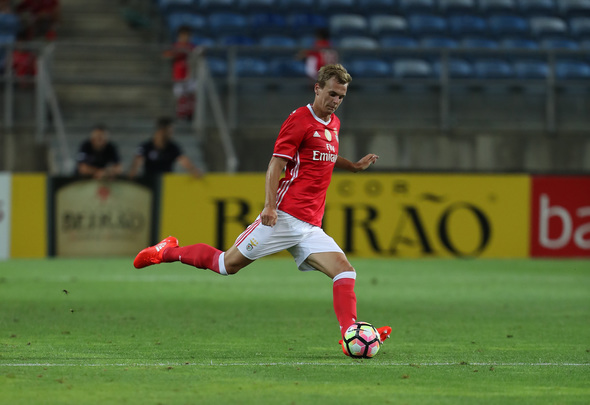 Football Insider understands that the club is prepared to sanction the sale of Ajer this summer if their £20million asking price is met.

With Kalaica standing at 6 foot 4, the same height as the potentially departing Norwegian, he would be a like-for-like replacement in the heart of the Bhoys defence.

When asked by Football Insider if Kalaica would be a welcome arrival at Parkhead, Whelan said: “You always need to improve and strengthen.

“We do not know what is happening with Ajer and whether he is going to Leicester but this might be a replacement that is needed.

“Benfica are one of the top clubs in Europe and they always seem to have talented players coming through their ranks.

“6 foot 4, young – he fits the bill exactly for Celtic and it will be around the right asking price as well.

“I am not surprised Neil Lennon is looking for central defenders. They need to strengthen.”

Kalaica, who has made 16 appearances for the Portuguese champions this season, has been been capped at every group of Croatia’s youth set-up.

He has has two years left on his contract in Lisbon.

In other Celtic news, it can be REVEALED that Nottingham Forest have joined the Hoops in race for Merseyside-club forward.