Preston North End defender Ben Davies “ticks all the boxes” for Rangers after the door opened for a January deal, according to Alan Hutton.

Speaking exclusively to Football Insider, the former Rangers and Scotland defender suggested the £5million fee Preston are demanding may be a “stumbling block” for the Ibrox giants.

Football Insider revealed at the beginning of the month that the Light Blues had joined the race to sign the 25-year-old contract rebel. 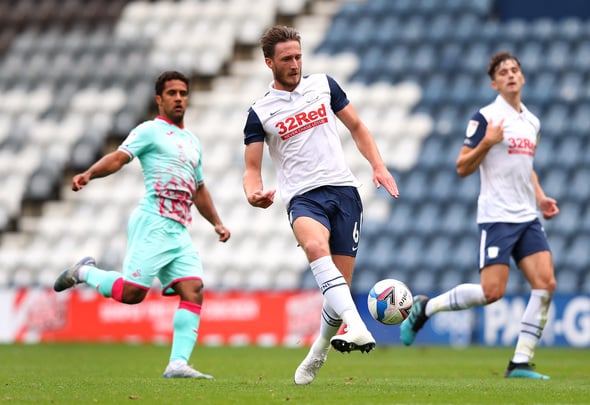 Celtic have been tracking the defender since August as a potential replacement for Kristoffer Ajer.

In a dramatic twist, Davies has now rejected a club-record contract from Preston worth around £17,000-a-week and the Lancashire outfit want to cash in on their academy product this month.

After previously demanding £10million for the Cumbria-born ace, the Lilywhites would now consider a fee in the region of £5million.

Both Celtic and Rangers can take advantage of cross-border rules and seal a pre-contract agreement this month.

And Hutton has claimed that is the most likely option for the ‘Gers if Preston are unable to offload him this month.

He told Football Insider: “He ticks all the boxes but I think the stumbling block would be the £5million fee.

“I’ve heard the likes of Celtic are interested as well so that might drive them into doing something sooner.

“It’s all going to come down to the money side of it and who wants him.

“At the moment £5million for Rangers or Celtic is a lot of money, especially in the situation we’re in. I think that’s going to be the stumbling block.”

Davies has started 15 Championship games for PNE this term and has helped them keep four clean sheets in that time.

In other news, a top pundit has dropped an extraordinary Steven Gerrard quit claim amid a Rangers contract reveal.