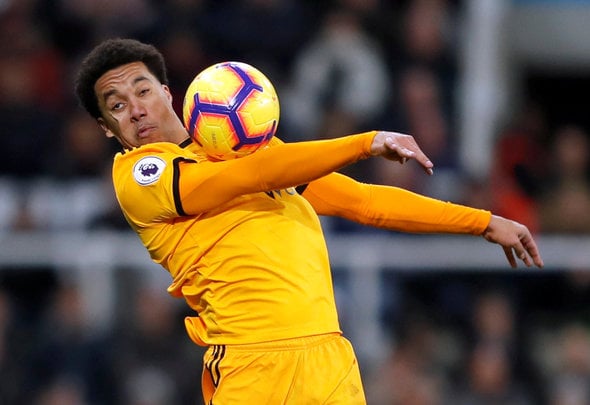 Leeds United are in talks with Wolves to sign Helder Costa on loan for a £2million-plus fee, Football Insider can reveal.

The Yorkshire giants are working on a deal to land Portugal international, 25, after being given indications he wants to make a move to Elland Road this summer.

A Leeds source has told Football Insider that discussions over a Costa deal are progressing well but there is still some issues to be ironed out for it to be finalised.

Wolves are asking for a £2million-plus fee for Leeds to take the wide forward for next season in a deal that also includes a “solid” option to buy.

United are willing to pay a major sum for Costa, although there is not yet an agreement with Wolves over the cost of the temporary transfer of the one-time Portugal international.

Football Insider exclusively broke the news earlier this month that United have set their sights on signing the 25-year-old on loan this summer as they concentrate on players they believe can take them one better than last season’s third-place finish.

Encouragingly, Wolves manager Nuno Espirito Santo is willing a season-long exit for Costa after he slipped down the pecking order last season.

The winger has scored 19 goals and supplied 19 assists from 109 Wolves appearances since initially signing on loan in 2016 in a deal that was subsequently made permanent for £13million.

In other Leeds United news, it can be REVEALED that the club are days away from signing two new players, with one penning a long-term contract.