Speaking exclusively to Football Insider, the former Spurs and England goalkeeper backed the Argentine to get the best out of Alli who has fallen out-of-favour under Jose Mourinho.

PSG confirmed on Tuesday Thomas Tuchel had left his role as head coach and Football Insider understands a deal is all but done for Pochettino is to replace him, which also comes as a timely financial boost for Spurs.

The Sun reported at the weekend the 48-year-old has made Alli his primary target ahead of the January transfer window.

Asked by Football Insider whether the 24-year-old will be tempted to make the switch to the French capital, Robinson said: “I always said about Dele, I’ve commended his attitude.

“But there’s only so long he can go on with a player of that type of quality, who’s not playing, not being put in squads.

“So with Pochettino going in there, it may be a situation where the player decides that he wants to go.

“If he’s got an opportunity to go at PSG, it could fit well for him. We all know Pochettino got the best out of him.

“We can see what’s happening with him at Spurs, not getting into squads. 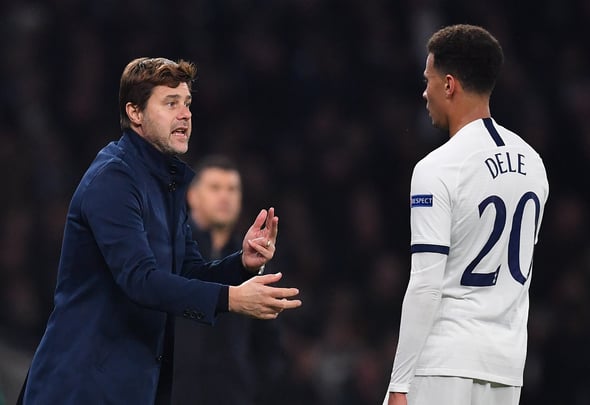 “As I say, there’s only so long it can go on for as a player of his age with the European Championships coming up at the end of the season which he’ll want to be a part of.

“If you’re not playing football and getting minutes in important games, you see players moving on. It’ll be no different with Dele, everything has got a time limit. Dele is not going to sit around forever if he’s not given the opportunities that he wants.”

In other news, a well-connected pundit has suggested Tottenham are hiding a big Gareth Bale problem.