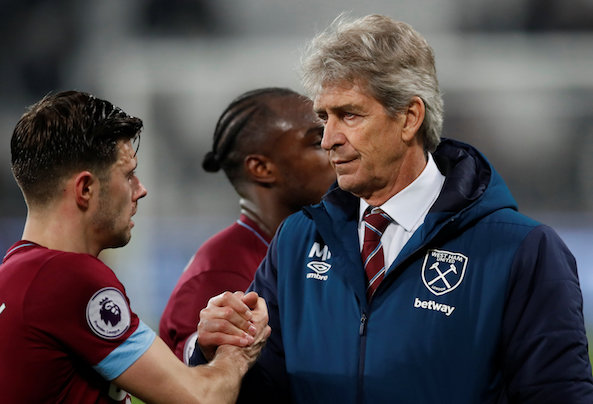 West Ham are willing to sell Aaron Cresswell this summer if their £8million price tag is met, Football Insider understands.

The Hammers are ready to reshape their left-back options after Cresswell and Arthur Masuaku shared the role during the recently-completed Premier League season.

A West Ham source has Football Insider the club value the long-serving Cresswell, 29, at double the £4million they paid to prise him from Ipswich Town in the summer of 2014.

Manuel Pellegrini is willing to listen to offers for the three-times England international after a season in which he lost his regular starting role.

Cresswell started 18 of the Hammers’ 38 Premier League games, while the more forward-thinking Masuaku was named in the starting XI in 19 of the other 20 games.

Cresswell made 179 West Ham appearances in his five seasons at the club and had been the first choice left-back until Pellegrini’s arrival.

Football Insider revealed earlier this week that Everton are plotting a swoop for Cresswell amid doubts over the future of veteran Leighton Baines, who is out of contract next month.

In other West Ham news, a midfielder from the club has agreed to join a London rival after being given his marching orders by the Hammers hierarchy.