It would make “perfect sense” for Leeds United to snap up Oxford United midfielder Cameron Brannagan for a cut-price fee, according to Noel Whelan.

The former Leeds striker, speaking exclusively to Football Insider assistant editor Russell Edge, believes the 23-year-old would be a savvy capture for his old side at the right price.

As revealed exclusively by Football Insider, Leeds could land a bargain for the goalscoring midfielder as Oxford may have to slash their £3-5million asking price this summer. 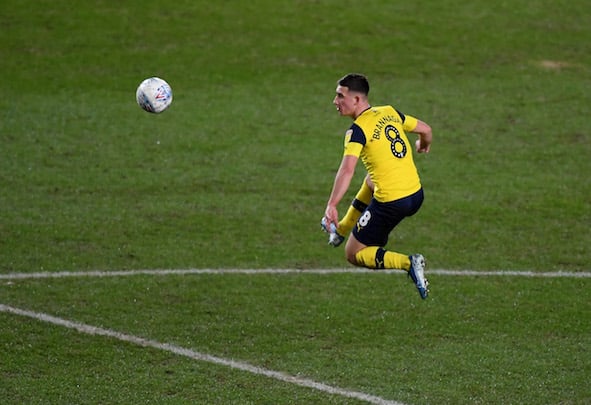 Whelan believes the 23-year-old could be a low-risk signing that would result in big rewards for Marcelo Bielsa and his men over the coming years.

Whelan told Football Insider: “Young player, came through at Liverpool a player that is thriving, given the opportunity and he’s making a name for himself.

“Yes, it might be League One but at the same time it’s not just Leeds United that are looking at him either. The kid’s obviously got potential.

“If there’s something there at the right price, it’s minimum risk but with a lot of gain in three or four years time, it just makes sense, it makes perfect sense.

Brannagan left Liverpool for Oxford back in January 2018 and has helped the League One side to sit third in their hunt for promotion this season.

He has scored seven goals and contributed six assists across all competitions this term, while he has a total of 101 appearances for the club.

In other Leeds United, a huge update on the future of Gaetano Berardi can be REVEALED.