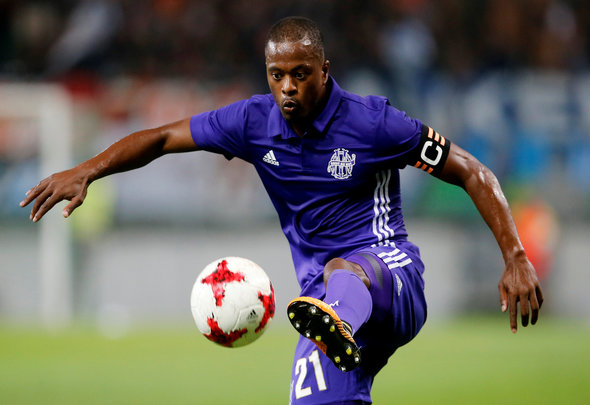 West Ham will hand Patrice Evra his first appearance for the club when they take on Liverpool on Saturday afternoon, according to an insider.
Twitter account ExWHUemployee, who has established themselves as a reputable source of insider information surrounding the club, has claimed hours before kick off that the former Manchester United defender is in line to make his debut against the Reds at Anfield in what will be an exciting revelation for supporters.

Patrice Evra will make his debut today at Anfield ⚒⚒

The insider account has already stated that Manuel Lanzini, who has been injured for the club’s last four games, will be part of the match day squad for the trip to Merseyside, while also revealing that there are set to be two changes to the starting XI after the club’s 2-0 win at home to Watford.
Evra, who arrived at the London Stadium on a free transfer outside the transfer window after he was released by Olympique Marseille, was left as an unused substitute for the victory against the Hornets, but looks set to be promoted to the starting line up, likely to replace Aaron Cresswell on the left side of defence.
The 36-year-old French international, who picked up 81 caps for his country, has 273 Premier League appearances to his name after his time with Manchester United, where he won five top flight titles.
In other West Ham news, the club are eyeing up a transfer swoop for an international attacker after his heroics in Europe.