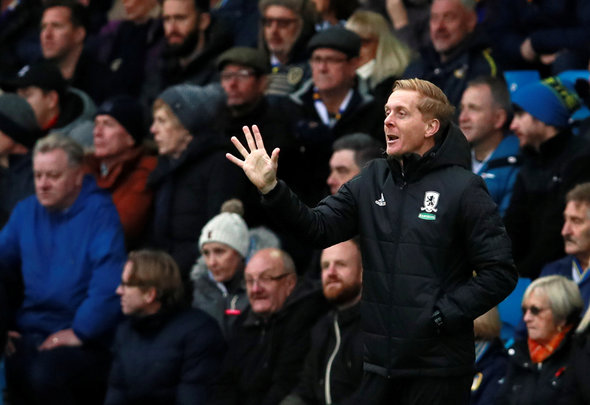 COMMENT
Leeds United’s midfield looked distinctly average in their 0-0 draw against Nottingham Forest on New Year’s Day and Thomas Christiansen must use the January transfer window to strengthen the spine of his team.
The Whites need a new striker and additions in their defence first, but Christiansen should also work alongside director of football Victor Orta to sign up Adam Clayton from Middlesbrough before the end of the month.
Clayton, 28, was outcasted from the Boro first-team by Garry Monk, and now that Tony Pulis has taken charge at the Riverside, it appears that the ex-Leeds midfielder still has no chance of earning senior football.
The midfielder left Elland Road in 2012 to sign for Huddersfield, where he spent two years before switching to Middlesbrough.
At the Riverside, Clayton earned promotion to the Premier League and was also one of the consistent performers in the squad in the top-flight last term.
It’s strange the Boro don’t see him as a first-team player anymore, but that means Leeds must try and seal a swoop for the 28-year-old in January.
BetVictor have priced the Whites in pole position to snap him up this month, with Sheffield United joint favourites with their Yorkshire rivals at 2/1.
The bookies are tipping him to move back to Elland Road, and so are the fans, it’s just the key figures at Elland Road who need to make this deal happen.
In other Leeds United news, this in-demand forward is set to travel to Elland Road on Wednesday.
We’ve launched a << BREAKING NEWS FEED>> exclusively for your club. ‘Like Us’ on Facebook by clicking here if you want 24/7 updates on all Leeds United breaking news.