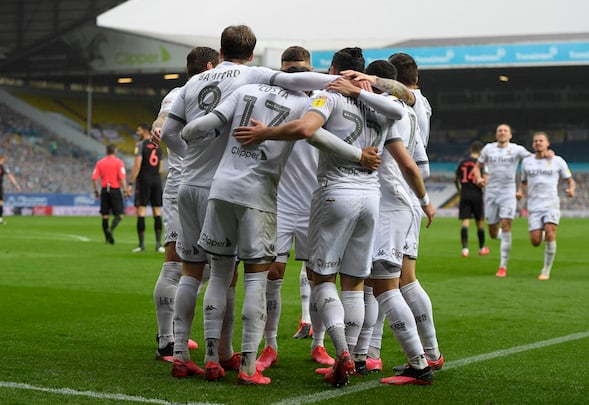 Leeds United have agreed the terms of a bumper new deal with winger Stuart McKinstry, Football Insider can reveal.

The winger has made rapid strides since joining from Motherwell last year on an initial scholarship deal that was converted into a professional contract when he turned 17 last September.

A Leeds source has told Football Insider that McKinstry will now be handed a new three-year agreement that includes a big pay hike.

The terms of the deal have been agreed and an announcement is imminent.

It is reward for his efforts in first-team training as well as for the Under-23s in the second half of last season.

Scot McKinstry, who signed from Motherwell, has caught the eye of Marcelo Bielsa with some dazzling performances and could force his way into the senior squad in the new campaign.

The newly-promoted Premier League club have been putting the finishing touches to a series of rising-star deals in the last week, for both their own and imported top talent.

Leeds announced the signing from Wigan of striker Joe Gelhardt last Monday after, as first revealed by Football Insider, he penned a four-year deal that afternoon.

They followed up with the capture of defender Drameh at the end of a busy week of transfer action.

Leeds beat a number of Premier League clubs, including Southampton, to the signing of McKinstry last year in a deal worth up to £400,000.

The versatile forward is regarded as one of the best young players in Scotland and a potential future international.