Kevin Phillips has claimed increased revenue is “hugely important” to Tottenham if they are to challenge for the Premier League over the next five years.

The former Sunderland and Aston Villa striker, speaking exclusively to Football Insider correspondent Dylan Childs, applauded the decision to build the new stadium which was ‘needed’ to take the club forward. 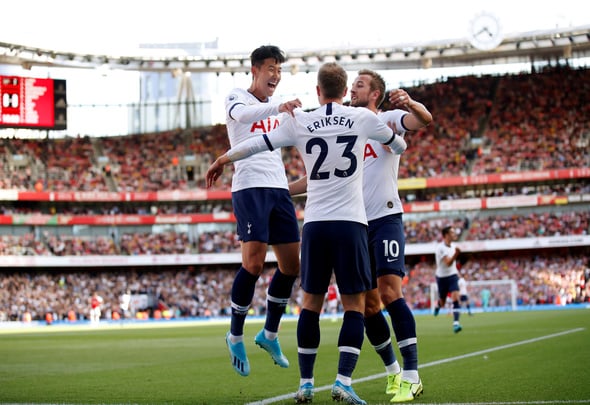 It represents an £80million increase on 2018 – a year in which the club announced a world-record profit of £113million after tax.

Analysis by Football Insider has revealed how the blockbuster windfall stands up to their rivals’ numbers and how Tottenham have now secured three of the five biggest pre-tax profits ever secured by Premier League clubs.

Phillips stressed that qualification for the Champions League this season is imperative to the continuation of impressive financial results.

“They accepted the needed to get out of White Hart Lane and move with the times,” he told Football Insider.

“You need to do this if you want more revenue through the gate. You have seen what Wembley has done with the NFL and concerts and Tottenham have built with that in mind. It is a magnificent stadium.

“Tottenham now need to get into the Champions League to bring in that extra revenue.

“It is hugely important for Tottenham to have the money to go and buy top quality players to go and challenge year in, year out in terms of Champions League and then over the next four or five years – the Premier League.”

Jose Mourinho’s side are currently seven points off of fourth-placed Chelsea and Champions League qualification with nine games remaining.

The Premier League is currently suspended until April 30 – at the earliest – due to the outbreak of COVID-19.

In other Tottenham news,  Alex Bruce has told Football Insider he would not be surprised if Jose Mourinho signs former player this summer.