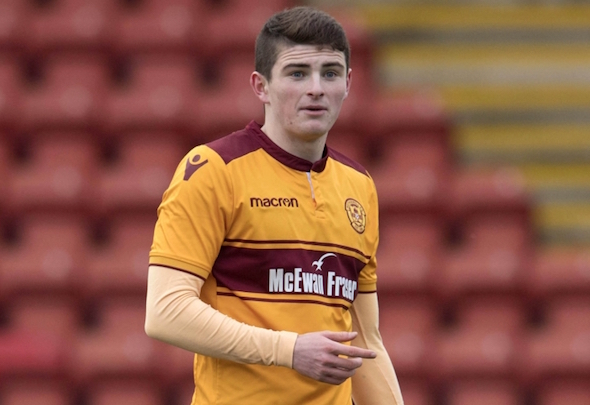 Jake Hastie is to undergo a Rangers medical as the club close in on signing him in the next 72 hours, Football Insider understands.

Football Insider revealed on Saturday that Hastie was set to spurn interest from multiple English clubs to sign for the Glasgow giants after agreeing the terms of a four-year contract.

A Rangers source has told Football Insider that the winger is set to head to Ibrox to tie up the formalities of a pre-contract agreement and put pen to paper on a deal which will make him the club’s first summer signing.

The Light Blues have made their move after being impressed by the impact Hastie, 20, has made since returning to Motherwell from a spell on loan at Alloa Athletic in  the first half of the season.

The winger, who is a Scotland Under-21 international, has scored seven goals in 14 matches for the Scottish Premiership outfit, including six strikes in league fixtures.

Manager Stephen Robinson admitted at the weekend that Motherwell had lost their battle to hang on to the academy product and he dropped him from the starting XI for the weekend draw against Hamilton.

Rangers will not get Hastie on a free transfer even though his contract expires at the end of the season, as they will have to pay a compensation fee for a player brought through the ‘Well academy ranks.

The club are eager to secure at least two new signings well ahead of the official opening of the transfer window, just as they did when sealing early deals for Allan McGregor and Scott Arfield this time last year as they ran down their contracts at Hull City and Burnley respectively.

The source said Rangers are also closing in on the signing of Birmingham City attacking midfielder Greg Stewart.

They want to sign the 29-year-old on a pre-contract ahead of his other suitors, who include Aberdeen and English Championship play-off hopefuls Derby County.