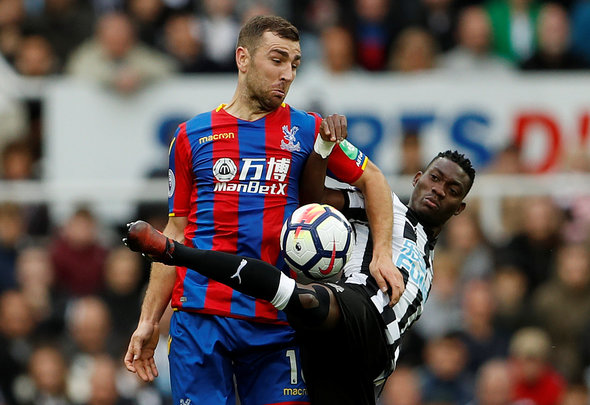 Newcastle United winger Christian Atsu is a major doubt for the club’s clash against Manchester United next week after it was confirmed he has suffered a tear in his thigh muscle.

The 25-year-old speed machine had travelled to be a part of the Ghana squad who are set to take on Egypt in their dead rubber of a World Cup Qualifying match, but withdrew himself from training on Wednesday after complaining about a soreness in his thigh.

Friday saw the Ghanaian Football Association confirm via their official Twitter account that scans had revealed a tear in his thigh muscle, ruling him out of Sunday’s clash and leaving him as a huge doubt for the Magpies’ trip to Old Trafford a week on Saturday.

The news comes after the winger was substituted late on in Newcastle’s 1-0 defeat to Bournemouth, with manager Rafael Benitez confirming that he had “felt something” which forced him to be replaced.

He has been a crucial member of the Spanish boss’ squad this season, having appeared in every one of the club’s 11 league fixtures, starting all but one of those outings.

Originally joining the club on a year-long loan deal from Chelsea, Atsu has gone on to make 46 appearances for the Magpies, with six goals and four assists under his belt, and he turned his temporary deal into a permanent one over the summer.

In other Newcastle United transfer news, there have been offers tabled after the Magpies held talks about securing the signing of an international defender.