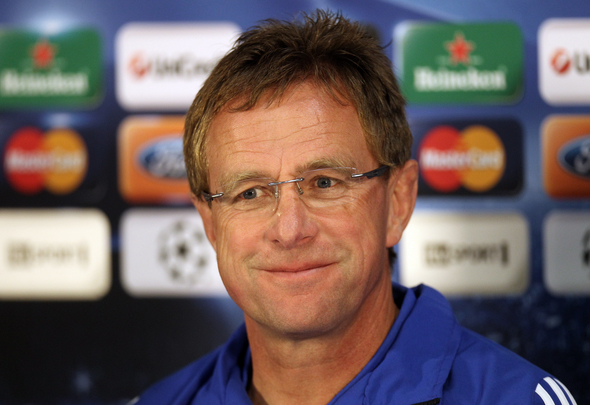 RB Leipzig sporting director Ralf Rangnick is the new second favourite to become the next Everton manager, according to the latest bookmakers’ odds.

SkyBet have Rangnick, 59, priced at 2/1 to replace Ronald Koeman in the Goodison Park hotseat, capping what has been a dramatic slash in the odds as on Wednesday the German was priced at 6/1 as he emerged in contention for the job.

Earlier this week, Rangnick wasn’t even in the top 20 names in the running for the Goodison Park vacancy however the Daily Mail have now reported that Farhad Moshiri may turn to the German after failing in the pursuit of Silva, in what has been a major development in Everton’s search.

As a manager, the German led Leipzig to two promotions in three seasons before taking a backroom role within the club.

He has also overseen the stunning rise to the top of Hoffenheim as well as having roles in charge at Hannover and Schalke.

Everton have been looking for a new manager for over four weeks since Koeman was sacked due to a shocking start to the season.

In other Everton news, this Toffees attacker has confirmed a major injury boost ahead of Thursday’s clash against Atalanta.

Agbonlahor: Everton tipped to sign Jan replacement for attacker who hasn’t ‘got the legs’