Leeds United spent around £100million on strengthening their squad following their Premier League return this summer.

But one of the cheaper, less heralded signings is causing great excitement among the United coaching staff increasingly convinced he has a massive future ahead of him.

A Leeds source has told Football Insider that teenage forward Joe Gelhardt has blown the Marcelo Bielsa and his coaching staff away with his promise and potential to be a bona fide Premier League star.

Words like “phenomenal” and “electrifying” are being regularly used to describe the 18-year-old forward behind the scenes.

He has yet to make his first-team bow but has made a big impression in Under-23s matches as well as in senior training.

The youngster has made seven Premier League 2 appearances, scoring four goals, three of which have come in the last two games.

Operating in a second striker role, his raw physical qualities of pace and strength stand out a mile in youth football as does his link play, vision and game understanding.

It is little wonder that Football Insider pundit Noel Whelan has already called for Gelhardt to be promoted to Bielsa’s matchday 18. 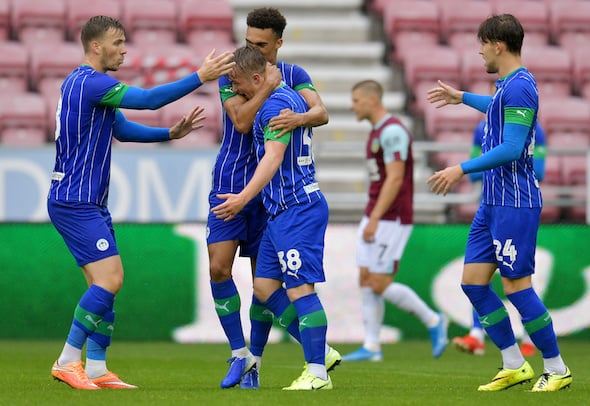 Gelhardt was prised from Wigan Athletic over the summer after their cash crisis following administration forced a fire sale.

Leeds snapped up the teenager for a fee of £700,000 rising to £1million-plus as they saw off competition from elite clubs including Everton, Celtic and Rangers.

It is already looking, in the words of one Leeds source, an “absolute bargain”.

Gelhardt had previously been valued by Wigan at the £5m mark after graduating from their youth ranks to make 21 first-team appearances before his summer exit.

Bielsa has already namechecked Gelhardt in his weekly media conference, claiming he is “progressing”, before, in a clear attempt to downplay the teenager’s talent pointing out “around fifty per cent of the players in the under-23s can apply for a place on our team.”

The United manager is not one for populist moves, or ever being railroaded into a selection.

He will promote Gelhardt only when he is deemed to be fit and ready.

That may still be some time away, as there are plenty of elite forwards ahead of him in the pecking order, including Patrick Bamford, Rodrigo, Pablo Hernandez, Helder Costa, Jack Harrison and Tyler Roberts as well as January signing Ian Poveda.

In other news, a brilliant’ Leeds United signing has blown ex-star away.