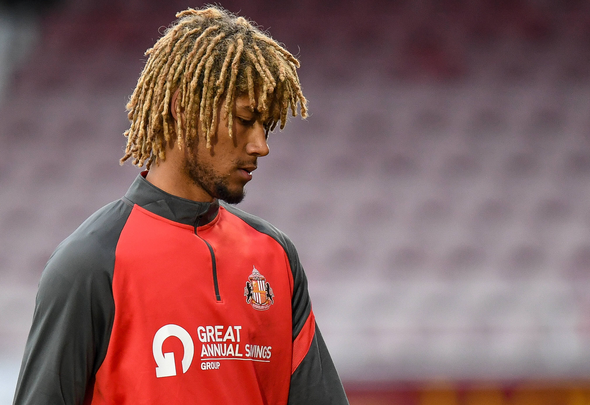 Dion Sanderson is “really enjoying” life at Sunderland and his permanent capture “will be a priority” this summer.

That is according to Stadium of Light legend Kevin Phillips, speaking exclusively to Football Insider about his former club’s hopes of signing the 21-year-old permanently.

Sanderson joined the Black Cats on a season-long loan deal last summer and has greatly impressed in his 24 appearances across all competitions.

According to the Daily Mail, talks have begun with Wolves over a permanent deal for the defender.

Football Insider understands Sheffield United, Huddersfield Town and Crystal Palace are also interested in the centre-half and that £2million is likely to seal a deal.

Phillips, who was working at the Papa John’s Trophy final earlier this month, hinted at Sanderson staying on Wearside long-term after what he heard at Wembley.

“I would get a permanent deal done for Sanderson as soon as possible. I think it will be a priority,” he told Football Insider correspondent Dylan Childs.

“He looks like he really enjoys being at the football club. In the final the other week you could hear him and a few of the other lads cheering on Sunderland so it looks like he loves the club.

“On the pitch, he has been amazing so I would definitely be looking to tie him down to the club permanently.”

Speaking on Sanderson’s future, Lee Johnson, as quoted by the Chronicle, said: “We’ve always been in contact with Wolves, but he is a Wolves player isn’t he – even if we were (in talks) we couldn’t really disclose it.

“We all know how pleased we are with Dion and how well he is doing, so we’ll just have to see.”

In other news, Sunderland have been tipped to hand Lee Burge a new contract after a ‘brilliant’ reveal.