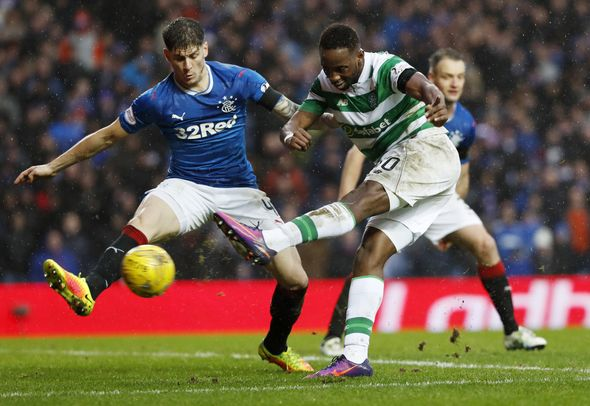 Brighton manager Chris Hughton has praised Celtic ace Moussa Dembele, calling him a “very good player” and has admitted he would sign him.

The Seagulls are being linked with a £20million move for the 21-year-old in January with Hughton looking to add more firepower to his attack, as they bid to stay in the Premier League.

Houghton is well aware of the quality Dembele has and admitted that he would sign him.

“He’s a very good player and has had a very good season but he’s not our player,” said the Brighton boss, as quoted by the Daily Record.

“He’s one of probably 100 names you could mention that if I had an opportunity to want them, then you probably would.”

Dembele has scored eight goals in 18 appearances for Celtic this season and has been in and out of the starting line-up due to injury.

He has scored 40 goals for the club since joining from Championship side Fulham in the summer of 2016, including a hat-trick in the 5-1 victory over Rangers last season.

The France Under-21 star scored 32 goals last season and has been linked with the likes of Manchester United, Chelsea and Arsenal.

Brendan Rodgers’ side have the chance open up a eight-point gaap over Derek McInnes’ Dons when the two sides meet at Celtic Park on Saturday afternoon.

In other Celtic news, Rodgers has revealed information about the club’s January transfer plans.