Paul Robinson has urged Everton to delve into the January market and sign new wing-backs following the 1-0 loss against Leeds United.

Midfielders Tom Davies and Alex Iwobi started in the unfamiliar roles of right and left wing-back for Carlo Ancelotti’s side in the absence of Seamus Coleman and Lucas Digne on Saturday. 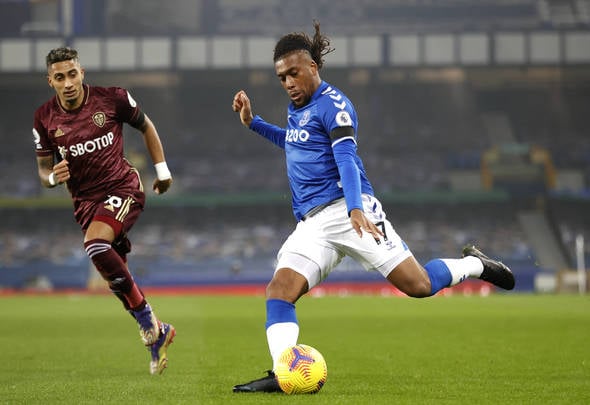 Football Insider understands that the Merseyside club have set their sights on signing an attacking midfielder in January with Manchester United’s Dan James and Spurs’ Dele Alli both under consideration.

However, Robinson insists new wing-backs are needed at Goodison Park if Ancelotti is to stick with a five-man defence.

“Everton need to address the depth of their squad in January,” he told Football Insider.

“We saw against Leeds United that they lack squad depth, it was very apparent.

“The fact that Ancelotti had to play Iwobi at left wing-back and Tom Davies at right wing-back speaks volumes.

“When Seamus Coleman and Lucas Digne are missing they are significantly weakened. It is something that has to be addressed in January. A stronger squad is needed.”

When quizzed on his winter transfer plans, Ancelotti said: “I think we have time to talk about this.

“In this moment we are focused on our game, on our season and we want to move forward, quickly, from a difficult period.”

In other Everton news, Danny Mills wowed by player who has turned his career around this season.