Michael Brown has tipped Jonjoe Kenny to push for an Everton exit this month due to his fringe role.

The former Tottenham and Leeds midfielder, speaking exclusively to Football Insider, admitted the 23-year-old had “done a lot for the club” since breaking through the youth ranks but that he will have been frustrated by his fringe role this season.

As revealed by Football Insider earlier this week, Everton are willing to sell the right-back for £7million this month as Premier League rivals Burnley reignite their interest from 18 months ago. 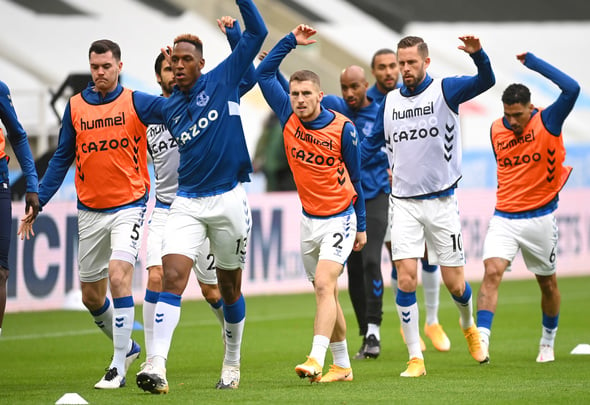 He has played a bit-part role under Carlo Ancelotti this season, with just one Premier League start under his belt so far.

Brown has lauded the youth graduate for his performances to date but suggested he would be the first to admit he needs to be featuring more regularly – even if that means leaving Goodison Park.

Brown told Football Insider: “I think for him, he’s done a lot for the club over time and if he’s not going to play, I think he’d be the first to shout up and go and want to get some games.

“If he doesn’t see a future there then he’ll probably want to go and play. Burnley is a great destination.

“They’ve got a couple of full-backs already there, Bardsley is back to fitness, Lowton is doing alright so, again, he’s just got to play.”

Kenny has found himself stuck behind Seamus Coleman, Mason Holgate and even Alex Iwobi at right-back this term.

He has a total of 47 appearances under his belt for the Toffees, while he has also spent time out on loan at Wigan, Schalke and Oxford United.

In other news, a “huge gamechanger” at Everton revealed by finance wizard.