Rangers have submitted a pre-contract offer for Charlton Athletic wide man Alfie Doughty as the race for his signature hots up, Football Insider has been told.

This site exclusively revealed on Tuesday evening that Stoke City have tabled the opening bid in this window for Doughty of £650,000 after multiple Celtic bids last summer.

The Hoops remain interested in the left-sided ace, 21, and Rangers have also now made a move for him.

A recruitment source has told Football Insider that the runaway Scottish Premiership leaders have offered a long-term contract to Doughty.

Rangers are looking to snap up the Charlton rising star for a knockdown, six-figure fee in the summer when he will be a free agent.

The two Glasgow giants are trying to exploit cross-border rules that enable them to offer pre-contracts this month and beat clubs down south to Doughty’s signature.

Charlton have so far had a number of contract offers knocked back by the youngster.

The League One club’s manager Lee Bowyer revealed on Thursday the player’s agent has issued threats including “12-hour” and “24-hour” ultimatums to try and force the club into action. 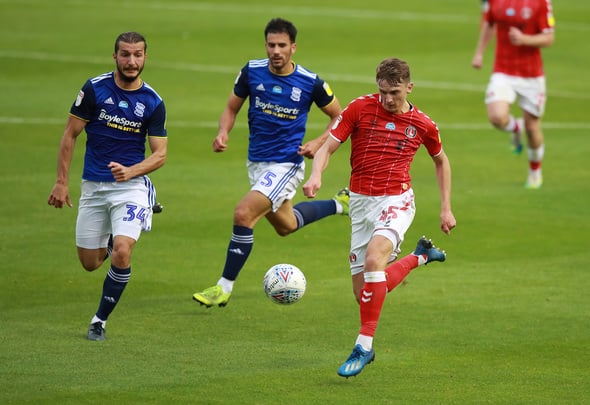 Doughty has made 10 appearances for Charlton this season, scoring one goal and supplying two assists.

Since graduating from the club’s youth set-up he has made 41 appearances.