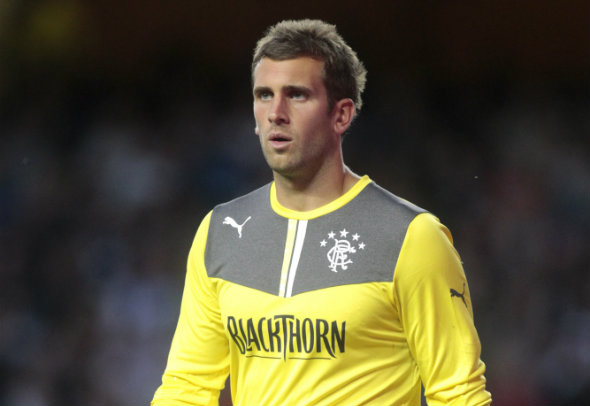 With United back in the Scottish Championship this season, manager Ray McKinnon is looking to rebuild his squad as he prepares to lose his best players this summer.

The Courier claim Bell is one of McKinnon’s targets and is confident he can convince the goalkeeper to return to the Championship after holding positive talks with the 29-year-old.

Bell lost his place to Gers first choice Wes Foderingham this season with Rangers winning promotion to the top flight and is said to be considering his future at the club as he enters the final year of his contract.

The stopper will have to agree a severance fee with Rangers before any move, but if he does remain a Ger he will presumably have to compete with another goalkeeper as the club have been heavily linked with moves for Southend’s Daniel Bentley and Esteban Alvarado from Trabzonspor.

Rangers have also been linked with a move for free agent McGovern, who is currently on international duty with Northern Ireland at Euro 2016 .

McGovern left Hamilton this summer after his contract expired and the Sunday Post claim Rangers have been impressed with the 31-year-old’s form for club and country.

In other Rangers news, the Gers have been notified about how much they will need to fork out for this 20-goal striker.