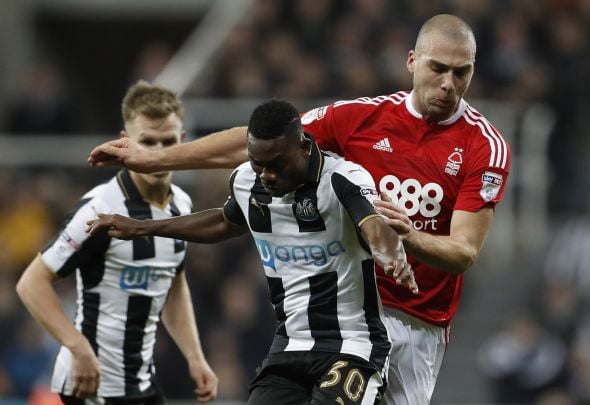 Nottingham Forest are ready to allow Pajtim Kasami to cancel his loan in order to join Lazio, according to a reliable journalist.

La Gazzetta Dello Sport journalist Emanuele Giulianelli revealed on his personal Twitter account that Forest would not stand in the way of Kasami’s move to Lazio.

Olympiakos are negotiating with Lazio for Kasami loan. Nottingham Forest won't put a veto on the deal. Just to make clear. #NFFC

The 24-year-old must first cancel his loan at the City Ground, before striking a move from parent club Olympiacos to Serie A giants Lazio in order to complete a move.

After signing Aston Villa midfielder Aaron Tshibola on loan, Kasami’s position in the side has come under threat and he is likely to have fallen down the pecking order.

Along with a number of other summer signings, Kasami has struggled in the second tier of English football which sees Forest currently sit in a lowly 19th place.

The versatile Switzerland international has not featured for the two-time European Cup champions since January 2, and is now expected to cut short his stay in Nottingham.

Despite his form in the Championship, Lazio are willing to give Kasami a new lease of life in Serie A, as the fifth-placed Italian side look to close on the top four.

Getting Kasami off the wage bill at the City Ground will help free up some cash for other deadline day arrivals, with the club hard at work to get new faces in.

Taking Kasami off the wage bill at Forest will be a good move, and Serie A is a great opportunity for the player. Forest have got Villa’sAaron Tshibola on loan and there’s still time to search for more replacements. The former Fulham star has looked off the pace in the Championship, and bringing in a replacement with experience in England could prove crucial to Forest’s attempts in looking to avoid relegation. With the loss of captain Henri Lansbury, interim boss Gary Brazil must work quickly to secure signings on deadline day.

In other Nottingham Forest transfer news, this 22-year-old attacker is currently undergoing a medical at the City Ground.