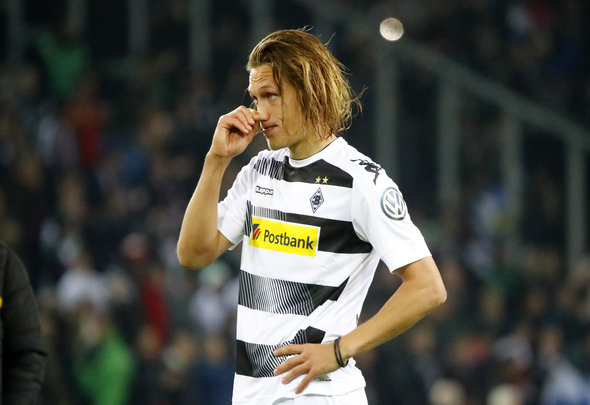 COMMENT
Tottenham have already identified the perfect replacement for star centre back Toby Alderweireld in their reported pursuit of Borussia Monchengladbach defender Jannik Vestergaard.
Italian football news website TuttoMercatoWeb have claimed that Spurs have joined fierce north London rivals Arsenal in seeking a summer swoop for the 25-year-old Danish international, while Inter Milan are also attributed with interest in his services.
However, with much speculation over the future of Belgian enforcer Alderweireld, the 28-year-old having yet to sign a new contract despite extended talks, the club should accept their current star’s departure and focus all their efforts on capturing Vestergaard from the Bundesliga side as his replacement.
Standing at a giant 6’5″, the 15-cap international is known for his abilities with the ball at his feet, which compliment his dominating physical presence in the heart of defence, something Spurs have thrived on with Alderweireld in their back line.
Three years younger than his defensive counterpart, Vestergaard had been a regular in Germany’s top flight for the likes of Hoffenheim and Werder Bremen before joining Gladbach, and has experience of Champions League football from last season.
An ever present in his club’s league campaign, and with three goals to his name, he is at the stage of his career where needs to step up to the next level and be competing at the very top regularly, something which Spurs could offer him.
His arrival would certainly soften the blow if Alderweireld were to leave over the summer and with a mega money price tag set to be slapped on the Belgian by Daniel Levy, would leave money left over to invest elsewhere.
In other Tottenham transfer news, the club have been handed a major transfer boost after a club chief blocked a mega money swoop.
We’ve launched a << BREAKING NEWS FEED>> exclusively for your club. ‘Like Us’ on Facebook by clicking here if you want 24/7 updates on all Tottenham breaking news.