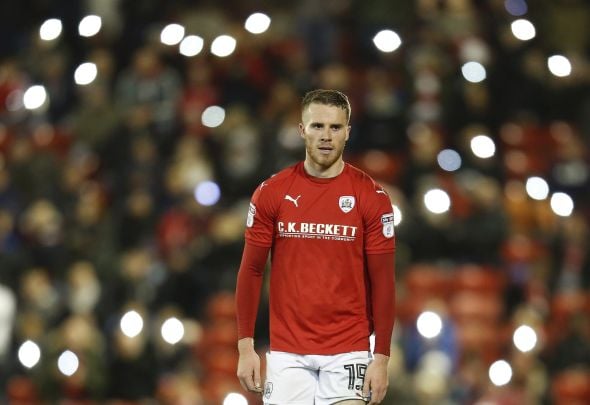 Rangers would kickstart their Scottish Premiership season by signing Barnsley assist master Marley Watkins, after he handed in a transfer request.

Sky Sports revealed that the 26-year-old attacker could leave Paul Heckingbottom’s Championship high flyers before the end of the transfer window.

As the Gers continue to be outscored by their Old Firm rivals Celtic, here are three reasons why Watkins would help bolster Mark Warburton’s attacking ranks at Ibrox.

Watkins has been in magnificent form for the Tykes this season. Providing Barnsley’s creative edge in the final third, the former Inverness winger has produced an eye-catching eight assists in 23 Championship encounters as he becomes renowned for his dangerous crossing ability and precision when looking to unlock a defence. As well as scoring six goals this season, Watkins’ penetrative attacking performances could give the Gers an innovative extra dimension in attack.

It comes as no surprise that the Gers are lacking in transfer funds. Making a total of 13 signings this season, Warburton has only spent money on one of those; the £1.5million transfer of Joe Garner. Other signings have been on a free transfer or on loan, with Warburton’s two newest recruits coming in on a temporary basis in Jon Toral and Emerson Hyndman. With Watkins’ contract at Oakwell entering its final six months, the winger is likely to be available in a cut-price deal with less than a week remaining in the transfer window and a bargain deal would suit the Ibrox club.

Barrie McKay has been reportedly interesting high flying Bundesliga outfit RB Leipzig, as the ambitious German side continue to scour Europe for the brightest young talents. McKay has cropped up on that list, after the Gers played a mid-season friendly against Leipzig, which resulted in a 4-0 loss. With a £6million transfer being touted, Watkins could be brought in to replace the 22-year-old as a like-for-like replacement. Offering experience in the Scottish Premiership with Inverness, Barnsley’s number 15 could make Gers fans forget about their academy product very quickly, if McKay was to leave.

In other Rangers transfer news, Warburton has had this to say on McKay’s future.