Brighton have dropped a hint Leeds United star loanee Ben White is not heading back by compiling a list of young centre-back targets, Football Insider can reveal.

White, 22, has attracted interest from multiple elite Premier League clubs after being one of the outstanding players in this season’s Championship.

A Brighton source has told Football Insider the club are preparing for the possibility he could be prised away by assessing central defenders ahead of the summer.

The Seagulls are one of a number of leading clubs keeping close tabs on Wolves 20-year-old defender Dion Sanderson.

Football Insider revealed in October that Liverpool have are keeping close tabs on White and they have earmarked him as a potential superstar.

He has also attracted strong interest from Man United, Leicester City and Arsenal.

White has only played twice for parent club Brighton and has spent each of the last three seasons out on loan.

He spent 2017-18 at League Two outfit Newport County and then went up a division to spend last season at League One side Peterborough United.

Brighton are well stocked for senior centre-backs with Lewis Dunk, Shane Duffy, Adam Webster and Dan Burn in their ranks. 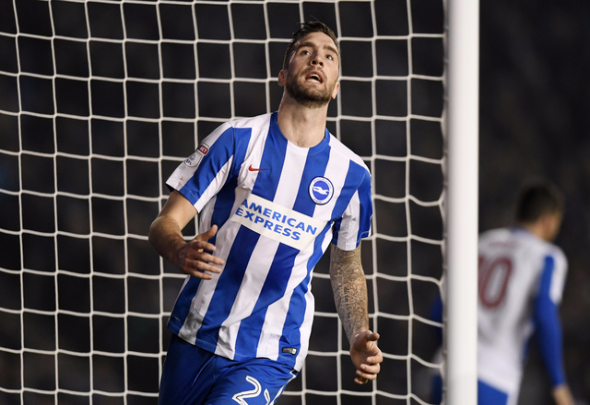 Dunk and Webster have emerged as Graham Potter’s preferred pairing, while 6ft 6in Burn has spent most of this season at left-back.

White has started all 37 of Leeds’ league matches this season and remarkably played every single minute of the Championship campaign.

In other Leeds United news, Noel Whelan has tipped the club to make jawdropping £35million goal machine signing and claimed it is a real possibility.