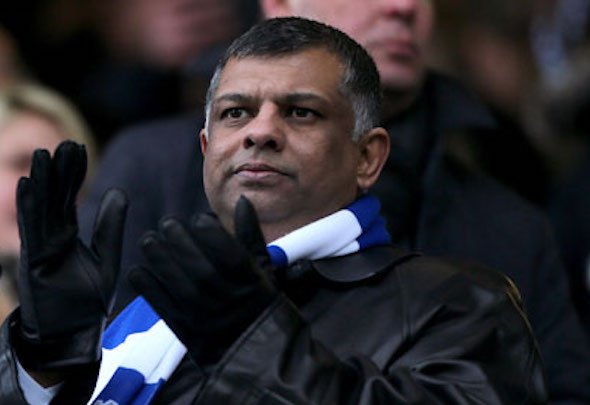 By Editor Wayne Veysey | Former Evening Standard, Press Association and Goal chief correspondent with 17 years experience of breaking big stories, including exclusives like this
Follow me on Twitter @footyinsider247
Jimmy-Floyd Hasselbaink will be appointed the new QPR manager within the next 48 hours, Football Insider sources understand.
Burton Albion boss Hasselbaink was given permission on Wednesday to hold talks with the Championship club and he has agreed the terms of a contract.
Hasselbaink is expected to be unveiled as Rangers’ new manager at a press conference on Friday.
Neil Warnock will continue in interim charge for Thursday night’s Championship clash against Reading.
Rangers made an official approach to Burton after learning through third parties that Hasselbaink is keen to take over at Loftus Road and the League One club have not stood in the way of him moving up a league.
Burton won the League Two title under Hasselbaink last season and are currently third in the League One table.
Hasselbaink, the former Chelsea striker whose playing career also included spells at Leeds, Middlesbrough and Charlton, took over from Gary Rowett, who left to join Birmingham City.


Rowett had been in pole position to land the vacant managerial job at Fulham but, as revealed by Football Insider, talks collapsed last Friday.
Rangers have spoken to several out-of-work managers, including Chris Powell, who was recently sacked by Huddersfield.
However, as revealed by Football Insider, Hasselbaink has emerged as their preferred choice and is set to become the new QPR manager.