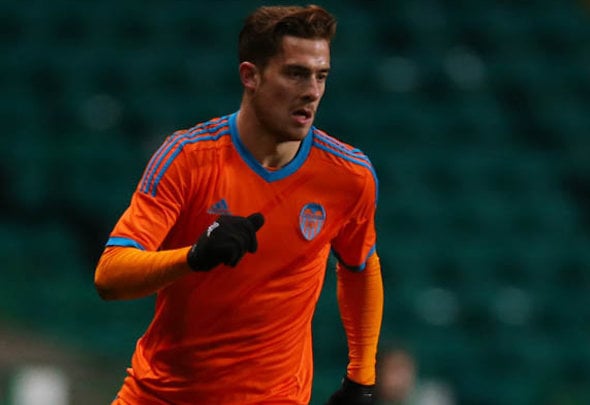 The Hammers are expected to make five changes to their side for the clash, with Bilic keeping one eye on a run of crucial Premier League fixtures this month.

Bilic’s side have lifted themselves out of their early season slump, but are not yet out of trouble, as just seven points separates them from the relegation zone. Therefore, the Croatian boss will need to keep his players fit in the coming weeks.

They host Crystal Palace on Saturday 14 January, before a trip to Middlesbrough the following week, and failure to win those games would plunge them back into the danger zone.

Spanish goalkeeper Adrian began the season in full control of the No.1 jersey at the Olympic Stadium. However, he has since lost his place to Darren Randolph, who has been in exceptional form.

Adrian is out of contract in the summer, but with Bilic likely to hand him the goalkeeper’s jersey against Manchester City, he has an opportunity to win over his boss and earn a new deal. He may not have many more opportunities to shine.

Aaron Cresswell, Winston Reid and Havard Nordtveit are three West Ham first-team survivors from their recent Premier League defeat Manchester United, and are expected to line-up in the Hammers defence.

18-year-old Reece Oxford, meanwhile, who rose to prominence last season as one of England’s brightest young prospects, could return to the first-team frame after a lengthy injury setback.

Oxford has not featured since West Ham’s Europa League qualifying campaign at the start of the season.

Club captain Mark Noble should also return to the starting line-up, having returned to full fitness after a minor knock.

Noble has often been the driving force for West Ham this season, through his leadership qualities and footballing ability, and will be an important figure in their bid to progress in the competition.

Cheikhou Kouyate, meanwhile, is unavailable due to his international commitments for Senegal. The midfielder has left for the Africa Cup of Nations, and could be absent until early February. Ghana forward Andre Ayew is also an AFCON departure.

In his place, Bilic is likely to turn to Edimilson Fernandes. The Switzerland man has made a series of impressive appearances as a substitute, and has earned the right to start against Man City. Of his 15 appearances this term, just six have been in a starting role.

Despite calls for the pair to be rested, Manuel Lanzini and Michail Antonio should also start to give West Ham’s attack a substantial attacking threat in a competition that could life morale in a tough season.

With Dimitri Payet likely to be dropped to the bench for the clash, the Hammers duo will shoulder much of the creative responsibilities in the final third.

Antonio’s contributions in front of goal this season, eight goals from 26 appearances, also cannot be overlooked. Bilic may be taking a major risk by fielding Toni Martinez up-front, and including Antonio offers him a plan B if things don’t go his way.

Risk or not, Martinez deserves to play. The 19-year-old has been in fantastic form for the reserve side, and given the failures of many of Bilic’s first-team forwards, it does come as some surprise that he has not yet been given an opportunity.

In just 10 games, Martinez has scored 12 goals, and is a promising young prospect. He is rated very highly by West Ham’s youth and development coaches, and Bilic should unleash him against a Manchester City defence that has often been troubled this season.

In other West Ham news, the Hammers are interested in signing this Premier League veteran – and it’s not Jermain Defoe.