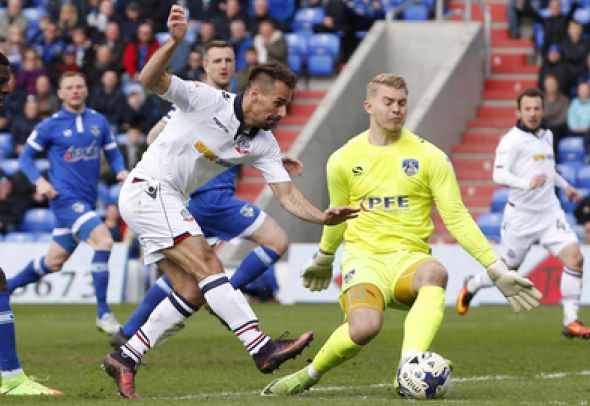 Thomas Christiansen may be forced into signing another goalkeeper at Leeds this summer and should chance his arm with Middlesbrough stopper Connor Ripley.

Ripley, 24, was in emphatic form while on loan with League One side Oldham Athletic last season, but is unlikely to be given a chance by former Leeds boss Garry Monk at Boro.

With the former England Under-19’s international likely to be surplus to requirements this summer, plenty of clubs could become interested in the impressive shot stopper.

But Leeds should push themselves ahead of the queue despite already signing German stopper Felix Wiedwald from Bundesliga outfit Werder Bremen.

Football Insider believes that Ripley is somewhat of an unearthed gem in the Football League and has the ability to play in the higher reaches of the Championship, and even the top flight.

Here are three reasons why Leeds must move for Ripley sooner rather than later, including the future of two senior stars: