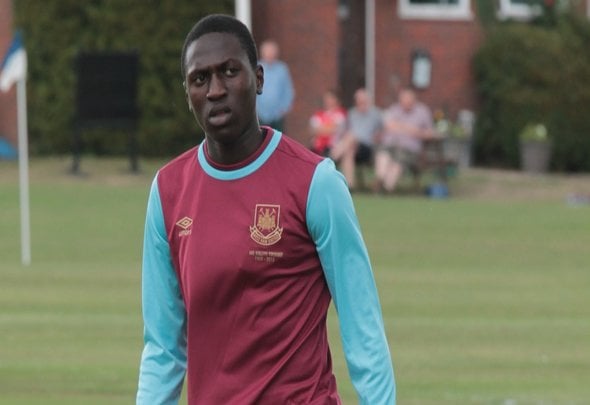 The 16-year-old forward played as the lone striker at Carrington on Saturday against Middlesbrough in an Under-18s tie, featuring for 63 minutes of the fixture and scoring two goals.

Kanu made 17 appearances for the West Ham academy side last season but is now completing a trial in Manchester.

The youngster had made promising strides in the east London outfit’s development system and started last season well, scoring back-to-back home goals against Chelsea and Reading for the Under-18s.

Kanu made his first real statement of intent in a Development Squad fixture against Stoke City in April, when he came off the bench to score the winning penalty and keep the U21s’ play-off dreams alive.

The two clubs have already traded attacking talent this summer as Ashley Fletcher joined Slaven Bilic’s first-team after coming through the ranks at United.

In other West Ham transfer news, Jack Sullivan, son of co-owner David Sullivan, has sparked a Twitter debate by asking West Ham fans who they think is the club’s best player.