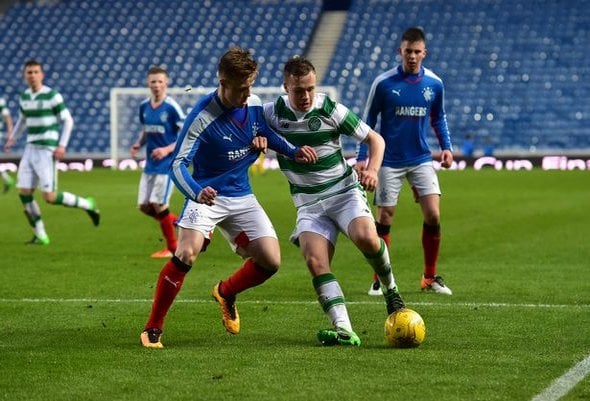 Rangers youth star Aidan Wilson has set the target of pushing for the Scottish giants’ first team one year from now.

The 18-year-old centre-back is highly thought of in the club’s youth ranks and he has recently appeared on the senior team’s bench three times.

However, he is still waiting to make his debut for the Rangers first team with David Bates promoted ahead of him during the club’s recent injury crisis at the back.

But, the teenager has told via a Twitter question and answer session that he has given himself a target of pushing further for the first team next season.

1 year fro now I would like to see myself pushing for the first team https://t.co/kTQwLFYGW8

Wilson is a Scotland national and has been capped six times by the Under-16s and Under-17s.

He is currently contracted to the club until 2018 and he will also have that on his mind as he attempts to break into the first team.

A lot has been made about the weak Rangers defence this season and regular centre-backs Danny Wilson and Rob Kiernan have been heavily criticised, meaning that Wilson could be given a chance by Pedro Caixinha before the season’s end if the club have little to play for.

In other Rangers news, Gers fans have urged Caixinha to sign this 29-year-old forward.