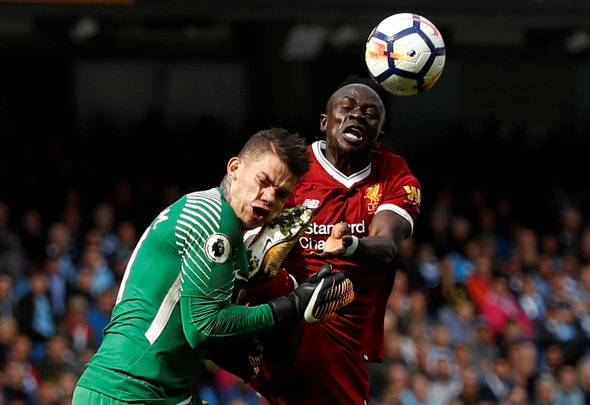 Liverpool forward Sadio Mane has enjoyed an inconsistent second year at Liverpool, and has not quite looked the player he did last term.
This was evidenced tonight, as the Senelgalese international under-performed against Huddersfield in the Premier League.
Reds’ fans were quick to notice how poor Mane’s first touch had been, as the 25-year-old struggled to link up with his team mates.
Here are a few of the best reactions on Twitter from Liverpool fans:

Would love to be wrong on this, but #SadioMane is increasingly looking like a so-so signing. One great debut season followed up by what has been a very mediocre season. Still a long way to go. @LFC #HUDLIV

Joel Matip turning into Djimi Traore and Sadio Mane morphing into Titi Camara by the week is concerning! Mane has been woeful yet again! The man could be such a menace, pace to burn, a trick and an eye for goal yet he’s sulking a out #HUDLIV

Could the real Sadio mane please stand up @LFC

wtf is wrong with Sadio Mane ?

Sadio Mane has been very, very poor this season.

If any player needs a rest, it’s Sadio Mane – his contibution so far tonight and in recent games is really poor. #LFC

Mane managed to save his reputation by playing Roberto Firmino in to score Liverpool’s second, as Jurgen Klopp’s men went on to win…
The 25-year-old had two chances in the second half to secure the points but both of his headers went wide of the goal.
Most of the frustration stems from the fact that Mane was incredible last year, being named in the PFA team of the year, also becomming Liverpool’s ‘Player of the season’ despite missing some game action through injury.
Some fans have gone so far as to suggest that the incident in which he received a three match ban for kicking the Manchester City keeper Ederson is responsible for his decline, as Mane is suffering a lack of confidence.
With the World cup around the corner, Mane will want to rediscover his form from last year to boost Senegals chances of succeeding, however there does not seem to be any indication that this is going to happen just yet.
In other Liverpool news, it has been reported that AS Moncao will not allow this elite attacker to leave the clubs this january.
We’ve launched a << BREAKING NEWS FEED>> exclusively for your club. ‘Like Us’ on Facebook by clicking here if you want 24/7 updates on all Liverpool breaking news.